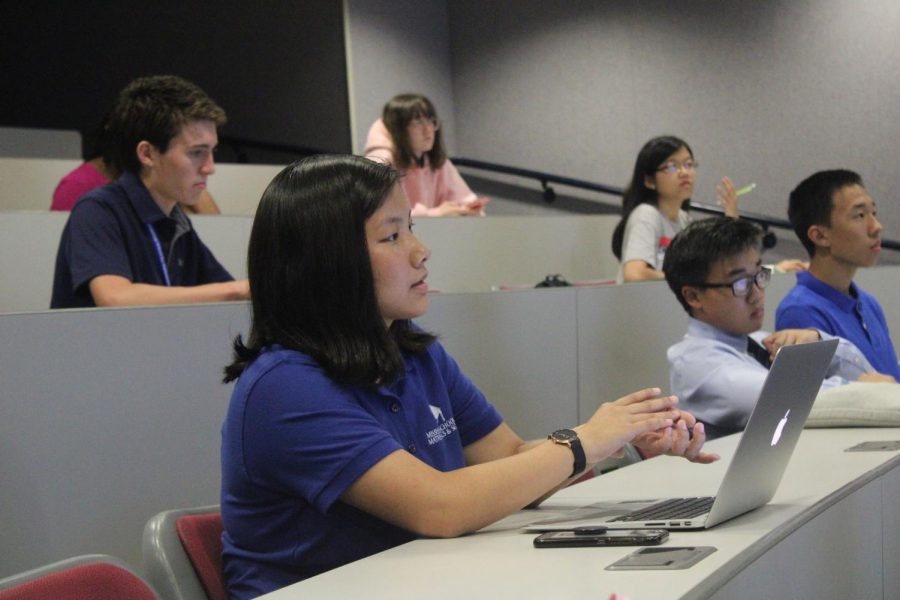 The MSMS Senate amends the student handbook and allows the student body to vocalize their concerns to the administration. Once the Senate passes a bill, they send it to Executive Director Dr. Germain McConnell to be reviewed. Since January, the Senate has passed eight bills, all of which will be sent to McConnell upon returning to campus.

Bills passed (yet to be reviewed)

Senator Aaron Wan passed a bill that would allow students with study hours off to use them on different days every week. Currently, students get certain days off every week rather than a number of days.

Senator Nathan Lee’s bill would allow any member of the MSMS faculty or staff to be a Student Government Association (SGA) Advisor.

Senator David Heson’s bill to remove gender-specific language in the dress code, specifically clarifying that undergarments and shirts should be worn at all times for all genders, was approved by Dr. McConnell.

McConnell also approved Senator Neil Sanipara’s bill to change the word “church” to “religious services” to be more inclusive to students who adhere to a religion that hosts services not referred to as “church.”

Senator Jackson Flowers’s bill to allow the (SGA) officers to make one than one amendment to the SGA Constitution per year was approved by McConnell as well.

McConnell only partly approved Senator Aiden Leise’s bill, but it still included the most total changes to the handbook. The bill changed the dress code by ending the prohibition of athletic shorts and piercings not of the ear. It also notably struck the “fingertip rule” for skirts and shorts. Now, bottoms can be no higher than four inches above the knee. The clause requiring that students wear weather appropriate clothing was also removed. Finally, it allows for tennis shoes, sandals, and unconventional hair colors under “MSMS dress,” clarifying a long unclear rule about hair colors. Only flip flops are now prohibited under MSMS dress.

McConnell rejected Senator Andrew Ignatius’s bill that would have changed the Extended and Premium plans to allow one unexcused absence. Currently, if a student receives an unexcused absence, the best plan they could be placed on is the Standard Plan.

Some senators, such as Senator Flowers, thought their bills were little more than common sense.

“To me, these items being banned (DVD players, VCRs, and ice chests) didn’t make any sense at all,” Flowers said. “I couldn’t think of a way any of those items could be misused.”

Senator Wan felt that his bill would allow students a more fluid and forgiving experience under the rigor of an MSMS schedule.

“Our schedules are always changing from week to week,” Wan said. “Students at this school are already forgoing their study hours off right now in order to complete their assignments, so my bill will allow students to have the flexibility to take study hours off on the nights their schedules allow them to.”

Senator Ignatius also posed an argument for his bill with an allegory.

“If you were a senior on ‘O’ plan who worked extremely hard to get there, why should it be ruined by one accidental slip-up?” Ignatius said. “We are all humans and all make mistakes. I believe the current system (being sent to Standard plan for one unexcused absence) is quite unfair.”

He also shared his thoughts on his bill being rejected.

“It certainly stings a little, and now the strict rules will stay in place sadly,” Ignatius said.

Normally, bills would be presented in-person to McConnell by Senator Aiden Leise. However, due to students currently not being allowed on campus, McConnell is expected to review the remaining bills by email sometime before the current school year ends. All Senate meetings are currently postponed but will resume on every Tuesday at 6 p.m. (open to all students) when students finally return to campus.