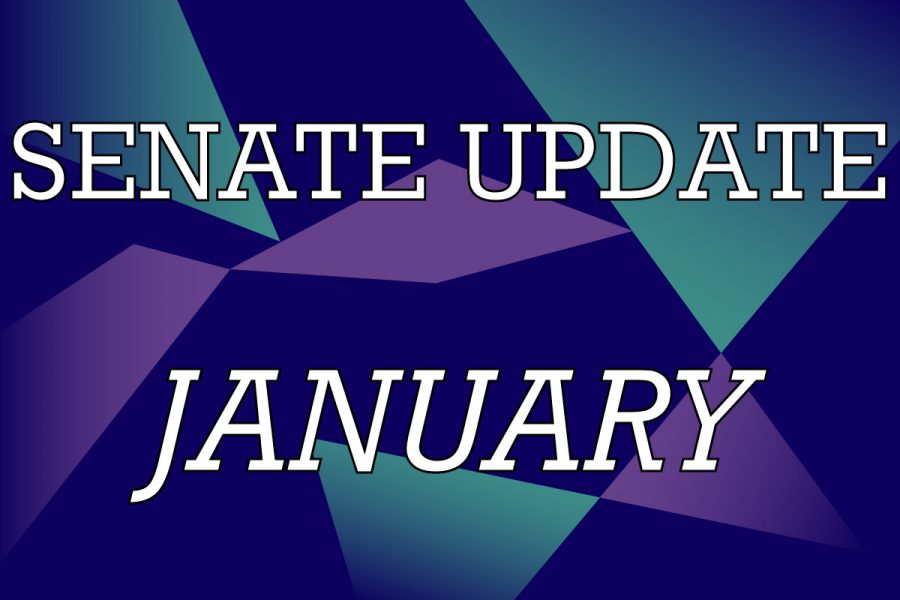 In January, five new senators were elected to the MSMS Senate.

In January the Senate passed numerous bills, amendments and resolutions and elected five new senators. The newest Goen Senators are: senior Katy Chen and juniors Vidhi Patel and Chloe Sharp. From Frazer, Senate elected Andrew Ignatius and Dalton Rainer. Passed bills, amendments, and resolutions will be reviewed by Executive Director Dr. McConnell and the MSMS administration in the near future.

The Bills from January

Senator Taylor Wypyski introduced a resolution that would reduce the number of required work service days for Goen residents. Her bill was passed for further review.

Senator Felicity Browning’s bill would include punishments in the handbook for those who fail to remove their clothing from laundry rooms after three days. Senator Browning’s bill also passed for consideration by the MSMS administration.

Senator Hayden Anderson proposed a bill that would bring attention to the current COVID-19 privilege plans implemented and remove the more restrictive firewall during study hours. His bill was tabled for further research.

Senator Amy Zhang presented a constitutional amendment that would update the way officer and senatorial elections run. Senators passed her bill for review.

Senator Nicholas Djedjos and other senators presented a bill that would simplify the school’s dress code to make it more gender-neutral, a move which senators passed.

Senators Zhang and Djedjos also introduced a constitutional amendment that would organize a system of voting for legislation and bills outside of Senate sessions, as Senate was unable to meet and pass bills after spring break due to COVID-19 last year. This constitutional amendment was proposed to ensure Senate can continue to pass necessary bills during emergency situations. The amendment was passed for further consideration by the administration.

Senator Zhang decided to write an amendment on elections because she felt that the SGA constitution should be updated to fit current times. During the Senate session, Zhang noticed that there was some opposition to her amendment.

“The constitution was largely outdated and arbitrarily restrictive, and the current pandemic especially highlighted these flaws, since the requirements made holding elections extremely difficult,” Zhang said. “The section that generated the most debate was about whether or not SGA officer candidates should be required to be senators for a certain period of time. The SGA Vice President is most analogous to the US President of the Senate and has the responsibility to keep the Senate running as efficiently as possible, and people with experience in the Senate know firsthand how the Senate functions. I think it’s a reasonable requirement to ask of the vice president, since people who aren’t senators who are interested in SGA officer positions can still run for other positions.”

When reviewing Senator Zhang’s amendment on changing the officer and senatorial elections, Senator Wan disapproved of the changes presented.

“I strongly disagreed with Senator Zhang’s initial amendment, as it attempted to prevent non-senators from running for SGA officer positions,” Wan said. “I think that the qualification for officer positions comes from the voice of the student body, not from whether you were a senator or not. The whole point of SGA is to represent the student body, so if the student body chooses you, then you are the most qualified. After the amendment was modified to only place this requirement for the SGA Vice-President position, I was more comfortable with it even though I still don’t fully agree with the amendment, but you have to compromise sometimes.”

Senator Anderson explained the reasoning for writing and tabling his bill.

“The bill was about not restricting the hotspot during study hours because people have privilege plans, and it was explained as not having enough ‘meat’ to it. So, I emailed and researched more into my bill in order to make it a lot better,” Anderson said.

Senator Wypyski also discussed her bill and the opposition to it.

The Senate will continue to meet every Tuesday at 4:30 p.m., and all sessions are open to the student body.