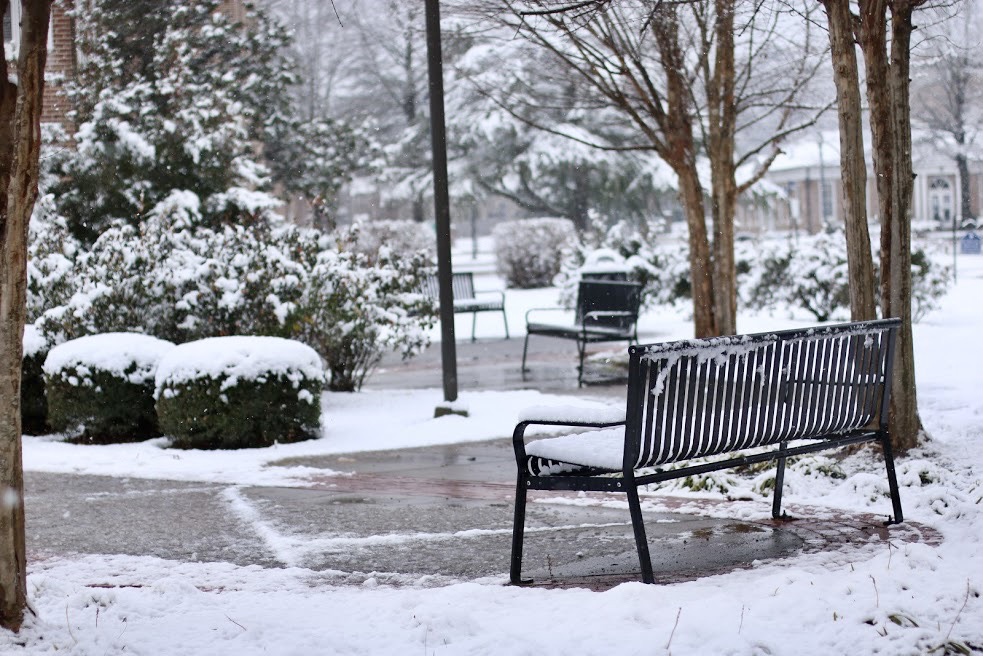 For the first time this year, MSMS students across the state looked out their windows and saw a dazzling white landscape of snow.

For some, such as in the case of Ashley Breland, Monday was the first time they had seen snow in their lives.

“It was amazing,” said Breland. “It wasn’t even near as cold as I thought it would be.”

While some students relaxed and enjoyed the view, others donned their warmest winter clothes and took to the snow. Students threw snowballs and built snowmen after many of their classes were let out early.

Some students even took it upon themselves to put their math and science education to use in constructing the tallest snowman they could.

Whether students were on campus or not, many agreed it was a “well-needed mental health break,” as senior Wyatt Shanahan put it. Like most other seniors and some juniors, Shanahan wasn’t on campus to enjoy the snow with his classmates, but he was still able to admire its beauty from his own home in Starkville.

At the end of the day, whether students were on-campus or off-campus, most students got a chance to relax and have fun with an opportunity that doesn’t come around every day, or even every year.