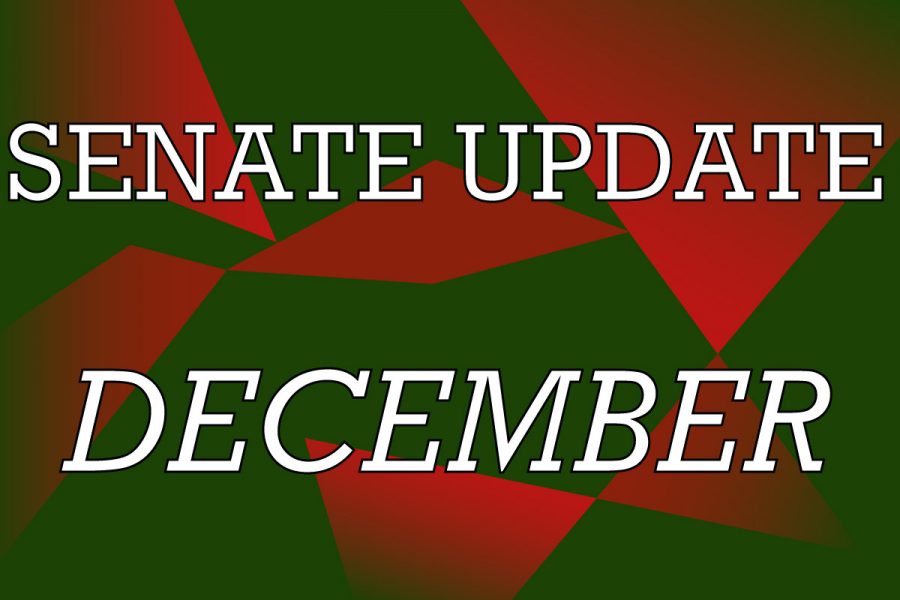 At the end of last semester, there were numerous bills and resolutions presented to the Senate.

The Student Government Association (SGA) ended 2020 by passing ten bills in December. Executive Director Dr. Germain McConnell and the MSMS administration also reviewed previously passed bills and resolutions. As the new year rolls around, SGA is looking for two students from Frazer, one senior and one junior, and three from Goen, two seniors and one junior, who are interested in filling the open senator positions.

The administration passed Senator Jack Standard’s bill, which would push back the due dates of homework to be before the next class day or to lessen the punishments for late-work assignments. The administration stated that teachers will be informed to let students complete the assigned homework within at least 24 hours.

The Resolutions Reviewed by Administration

The administration also reviewed Senator Amy Zhang’s resolution to allow students to take breaks from their screens when in a virtual learning setting, which the administration has addressed with teachers already.

The Bills from December

Senators Danielle Ryans and Neil Sanipara proposed a resolution that would recognize the issues of implementing room chats, which was passed by the senators.

Senator Cameron Wright presented a bill that would get rid of any outdated technology offenses from the handbook. Senator Wright’s bill was also passed for further review by the administration.

Senator Maggie Buck’s resolution would have teachers record all class sessions through Zoom, which was passed by senators for consideration from the administration.

Senator Hayden Anderson proposed a resolution to grant more flexibility and further specify the conditions of completing work service when under a block schedule, which was also passed.

Senator Fiona Dawe’s resolution would bring attention to including menstrual products in the public restrooms on the MSMS campus, which was passed for further review.

Senator Lyem Ningthou introduced a resolution that would recognize the strict curfew implemented for the 2020-2021 school year and revert to the previous curfew that is stated in the handbook, which is 11:55 pm Friday and Saturday and 10:25 pm all other nights. Senator Ningthou’s resolution was passed for consideration by the administration.

Senator Sam Sun proposed a bill that would allow students to gain access to the kitchen without constant supervision. Senator Sun’s bill failed to reach the majority vote to pass.

Senator Joshua Bates’s resolution would set a uniform time for teachers to take attendance on Academic Support Day. His bill was passed to be reviewed by the administration.

Senator Muneebah Umar presented a bill that would update and make changes to the information found under the Publication section of the student handbook. Specifically, the bill addressed an outdated statement about The Vision that stated that only students in the Journalism class run the paper. The senators passed Senator Umar’s bill for review.

Senator Aaron Wan proposed a bill that would improve and update the current COVID-19 privilege plans within the handbook. Senator Wan’s bill was also passed for review by the administration.

Senator Amanda Zhou’s bill would include a new part under the Honor Code for virtual learning in the handbook, which was passed.

Senators Vineeth Vanga and Hayden Anderson presented a bill that creates separate wellness programs for students on and students off campus. Their bill passed for review by the MSMS administration.

Senator Ningthou reflects upon his resolution on returning to the previous curfew set in the handbook.

“Considering the increased number of classes that are going virtual, it adds weight to the students’ mental and physical health, and being able to extend the curfew to before would allow the students to focus on their health by giving them the opportunity to step out of their rooms to relieve stress,” Ningthou said.

Senator Buck also emphasized the difficulties of online learning, prompting her to write a resolution to record classes for students that may experience bad connectivity and other problems.

“The resolution was written to help students with bad internet or other issues that might interrupt the class. It is different from being absent in person because you won’t know in advance if your internet is going to go out or even small interruptions like having a noisy house, and you cannot hear the teacher,” Buck said. “The system of having students request recordings makes it difficult for smaller interruptions, and some teachers were not recording class at all, which made having your internet go out difficult.”

Due to the current pandemic, new privilege plans were created, and Senator Aaron Wan finds that the plans were strict and can be improved, prompting him to write his bill.

“I noticed a lot of people were unhappy with the status of the current plans, and the existing requirements made it even more difficult to get on the highest plan than normal because of the pandemic,” Wan said. “Given that we already can’t have a lot of privileges, I thought it would only make sense to change the requirements to be more lenient and representative of the old requirements.”

Senators will continue to meet every Tuesday at 4:30 p.m., and the MSMS administration will soon review the passed bills from December. All Senate sessions are open to the student body.