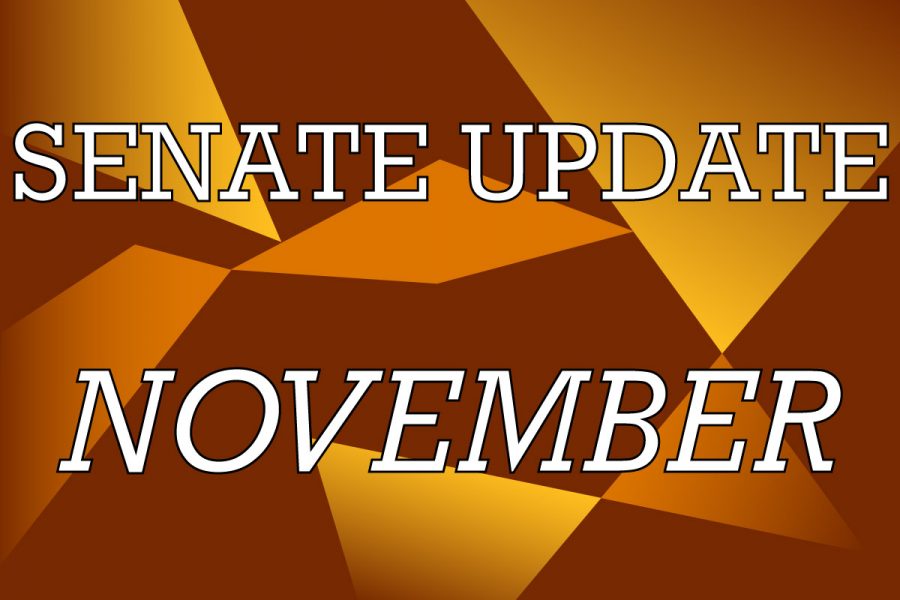 Out of the ten bills passed by senators in October, six were passed by administration. Senate also passed five other bills this past November.

The MSMS Senate is tasked to present bills or resolutions to propose changes to the handbook. This month, a total of five bills and resolutions were proposed by senators, and 10 bills from previous months were reviewed by the MSMS administration.

Senators Jack Standard and Lucas Rader’s joint bill was approved by the administration with no comments. Their bill’s purpose was to reduce the limitations on computer monitors and televisions addressed in the handbook.

Senator Taylor Wypyski’s bill was approved with revisions. Senator Wypyski’s bill would allow students to wear costumes during a holiday or school event but must adhere to the established dress code guidelines.

Senator Hayden Anderson’s bill was approved by the administration with no comments. His bill would create a new section under the handbook to establish rules for a virtual learning environment.

Senator Isabella Lindley’s bill served to add up-to-date evacuation plans under the Discipline and School Safety section of the handbook. Senator Lindley’s bill was also approved by the administration with no comments.

Senator Rader proposed a resolution that would suggest extending the lunch block by ten minutes. This was passed and resolved by the Director for Academic Affairs Kelly Brown.

Senator Nicholas Djedjos’s bill was approved by the administration with some modifications. His bill would allow students to eat during classes when in person or in a virtual setting unless prohibited by the teacher.

Senator Felicity Browning’s bill would have allowed students to wear off-the-shoulder tops during school. The administration rejected the bill, stating that the amount of time spent on establishing the dress code previously would hinder any consideration for further changes.

Senator Lauren Hood’s bill would have also allowed students to wear off-the-shoulder tops as well as spaghetti straps on campus. The administration denied the bill, citing the same reasoning as Senator Browning’s bill.

Senator Makenna Riley’s resolution served to suggest using more organized forms with easier access compared to the current absence notification system. The administration rejected the resolution, stating that emails are necessary to ensure that parents are notifying the school.

Senator Neil Sanipara’s bill would have established a safe environment for LGBT+ students. This bill was not passed as the administration stated that this will need to be further discussed as the Mississippi Department of Education intends to have similar policies.

The Bills from November

Senator Aabha Mantri proposed a bill that would recognize “The Third Self,” a creative writing podcast, to be an official publication of MSMS. Senator Mantri’s bill was passed for review by the administration.

Senator Jack Standard’s bill was also passed for review. His bill would extend the due dates of assignments to be before the class starts the next day or lessen the punishments for late-work assignments.

Senator Hayden Anderson presented a bill that would have teachers include the quiz and test dates within their syllabi. His bill was passed for review by the administration.

Senator Joshua Bates proposed a bill that would set a later time for teachers to take attendance on Academic Support Day for better organization. His bill was tabled to be reviewed in the next senate session.

Senator Jack Standard explained his reasoning on why he proposed his bill.

“The main reason why I proposed the bill is to reduce the stress of students who are trying to finish assignments for all of their classes on time. Trying to fit in every classes’ homework and clubs while also having time to interact socially leaves little time to study or do other things without getting inadequate amounts of sleep as well,” Standard said.

After the administration reviewed Senator Wypyski’s bill, Senator Evangalia Guigley expressed positivity when it was passed.

“I really liked Wypyski’s bill about costumes because I felt like that would help a lot with holiday spirit along with people, like myself, who love to cosplay within school dress code,” Guigley said.

Senator Lyem Ningthou was also satisfied after the administration passed Senators Standard and Rader’s bill regarding monitors and televisions.

“I was relieved when I found out the administration passed the bill. I didn’t quite understand the reasoning as to why there were such strict restrictions on the sizes of the monitors since I feel as though a larger monitor size would be extremely useful to increase the productivity of a student,” Ningthou said.

Senator Amanda Zhou also expressed positive thoughts for all of the bills that were passed but also wished that some failed bills passed with some modifications.

“I am really glad that we had so many bills passed by the administration, but there were some that I didn’t expect to be rejected. For example, I thought Senator Riley’s bill would pass as it makes things much more convenient for the administration, parents and students, but I also understand the reason given for the rejection,” Zhou said. “However, I wish it could have been passed with a modification that instead allowed a system where parents would also have to confirm the absence rather than just getting rejected. I also hope Senator Sanipara’s bill can be passed soon after reviewed with other state schools, as it serves an extremely important issue that should be addressed in the handbook.”

The bills passed in November will be reviewed by the administration in the near future. The Senate will continue to meet every Tuesday at 4:30 p.m. to discuss bills and resolutions presented by senators, and the sessions are open to the student body.