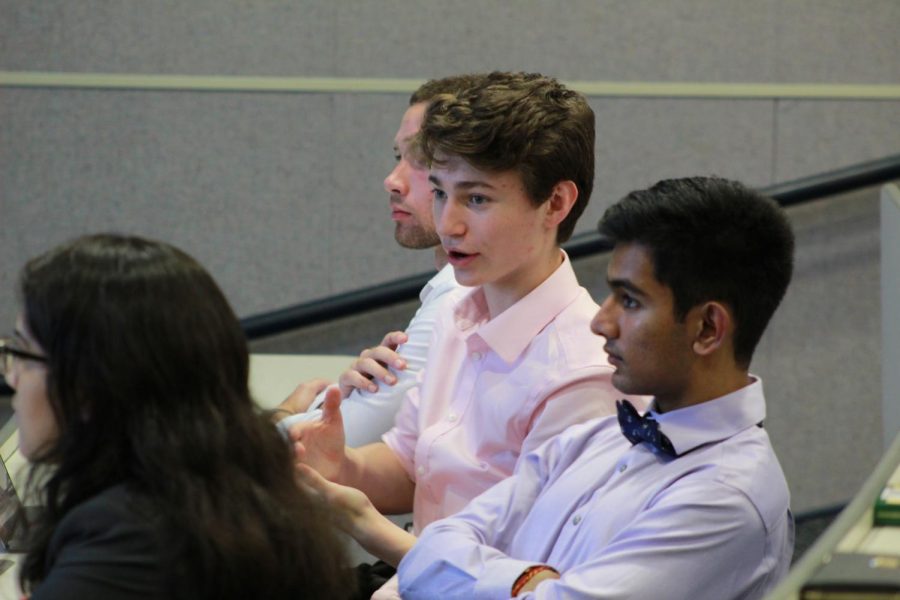 The MSMS Senate makes changes to the student handbook and allows the student body to voice their concerns to the administration. After the Senate passes a bill, they send the bill to Executive Director Dr. Germain McConnell for review. This November, the Senate passed a total of four bills regarding dress code, disciplinary action and work service.

Senator Meghan Curry introduced the first bill passed in November. Curry’s bill would allow students to wear off-the-shoulder tops (shirts that have sleeves but have exposed shoulders) on campus during school hours.

Senator Talle Wilson authored the second bill passed in November with the intent of reducing the punishment for certain Level I violations. Specifically, students given Level I violations for unintentional swearing, accidental failure to sign in or having shoes on furniture would only be given a verbal warning for the first offense, and the violations would be expunged from their records after nine months if they did not exceed four violations.

Senator Boatner Calhoun introduced the third bill with the purpose of reducing the punishment for violating “Lights Out,” specifically for offenses like having a computer or cellphone on after  “Lights Out” or being out of the room.

Senator Curry explained her motive behind writing the bill and why she felt the current rule not allowing off-the-shoulder tops was unfair.

“I was inspired to write the bill because, for years, girls were always told not to wear certain articles of clothing,” Curry said. “Not because it’s deemed ‘inappropriate’ but because we were always told that it would distract the boys in our classrooms. I always found that ridiculous.”

Senator Calhoun shared his reasoning behind the bill and why he thought it was necessary.

“Kids being out after lights out is an obligation if they don’t want to fail out,” Calhoun said. “I realize that it’s not a good thing, but it’s a necessary evil for many students.”

Senator Lu stated that he wrote his bill in response to requests from other students.

“I heard from a lot of students who were getting grades below ‘O’ on work service, but they weren’t receiving explanations for what exactly they were doing wrong,” Lu said. “By requiring work service supervisors to provide more reasoning, they’re creating a better environment for us to live and work in.” An “O” is the highest possible grade for required non-academic graded activities such as work service, wellness and residence life.

The MSMS Senate will continue to meet at 6 p.m. every Tuesday, and meetings are open to all students. Dr. McConnell is expected to review the bills from both October and November in the near future.