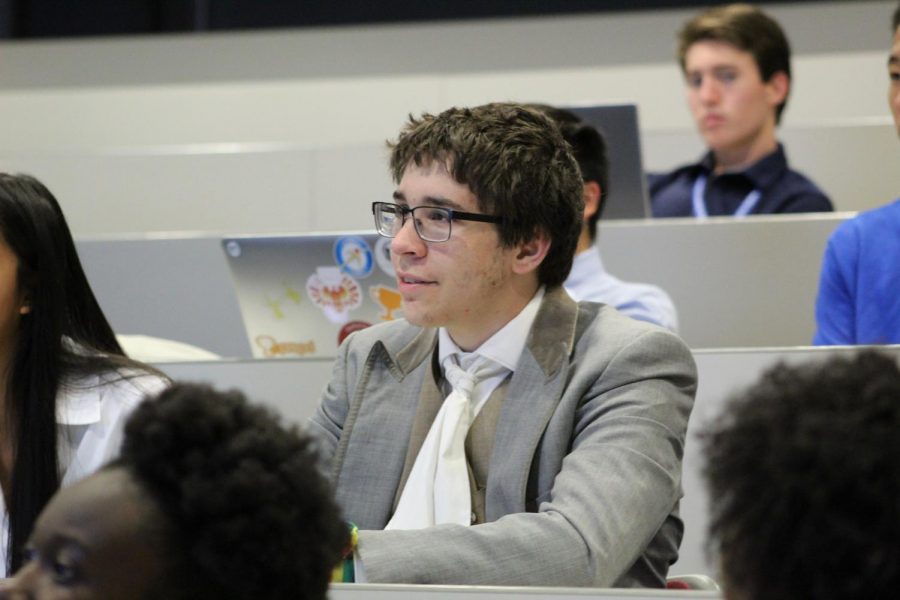 Senator Faith Brown’s bill was approved with slight modifications. The new rule states that bottoms must be no shorter than four inches above the knee and will go into effect “very soon,” according to the administration.

Senator Jackson Flowers’s bill was also approved with slight modifications. The bill clarified punishments for missing work service, and now students will be punished if they receive an NC grade for their week of work service, not just missing one day.

Senator Aiden Liese’s bill would have allowed students to self-administer some prescription medications, but administration rejected the bill, citing concerns on correct dosages and possible use of abuse and sharing among other students.

Senator Aaron Wan’s bill would have reduced the penalty for first-period tardies but was also denied. The administration did not provide an explanation.

Senator Nathan Lee proposed the first bill of the month, and his bill would allow induction heating devices, such as air fryers, in the dorms.

Senator Emily Berry proposed the second bill passed this month. The current rule is that after the first three weeks, the opportunity for roommate changes only occurs every semester. Berry’s bill would change this to every nine weeks.

Senator David Heson passed the second bill regarding tardiness this year. His bill would allow students two warnings (not violations) and two more written warnings (Level I violations) before further punishment occurs, contrary to the one warning currently allowed.

Senator Andrew Ignatius’s bill would change the rules regarding lost keys. Instead of having to pay $45 for a new key the first time a student loses it, students would now have to pay only $25.

Senator Cameron Wright’s bill would reduce the current penalty for using a cellphone for non-academic purposes during study hours from the previous Level I and Level II violation to now only a Level I.

Senators Violet Jira and Catherine Boltz co-authored the next bill passed. Currently, students who receive a Level III violation in the first nine weeks cannot surpass IP plan for the rest of their time at MSMS. Jira and Boltz’s bill would allow students with certain Level III violations, such as misconduct on a field trip or being over an hour late for curfew, to get onto standard plan after one subsequent semester and extended plan three weeks later.

Senator Felicity Browning proposed the last bill passed in October. As of now, ordering food during study hours has no specific rule against it, but some staff members choose to interpret it as a violation of study hours, a Level II violation. Browning’s bill would affirm that ordering food is allowed if the student is in the lobby to pick it up, but if the privilege were to be misused, it would result in a Level I.

Senator Emily Berry shared her thoughts on what spurred her to write her bill.

“After three weeks, many people might still want to give their roommate more time if they’re having disagreements. But if it doesn’t work out, they don’t get another chance until the end of the semester, and I want to give them a chance sooner.

Speaking on her bill, Senator Boltz expressed her philosophy behind the bill.

Senator Browning voiced her concerns with the current state of rules regarding study hours and how her bill would address that problem.

“My bill will clear up any confusion regarding the rules,” Browning said. “If rules aren’t explained in the handbook, students can receive different punishments for the same offense. Not only is this not fair, but it is completely avoidable.”

The next bills that will be presented are written by Senators Nina Vo and  Austin Eubank. The MSMS Senate will continue to meet every Tuesday at 6 p.m., and their meetings are open to all students. Dr. McConnell is expected to review the aforementioned bills in the near future.