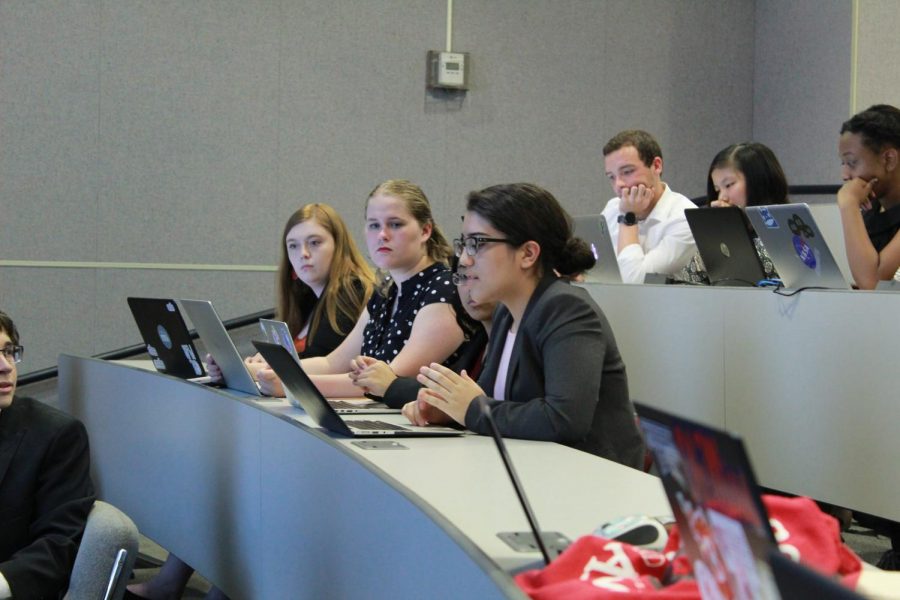 The MSMS Senate has the crucial job of making changes to the student handbook and giving the student body a voice when advocating for change. When the Senate passes a bill with a two-thirds majority, they send it to Executive Director Dr. Germain McConnell for review. This month, the newly elected group of 26 senators has been busy, appointing an additional two senators and passing four bills.

Senator Faith Brown proposed the first bill that passed through the Senate. If signed into effect, the “fingertip rule,” which says that skirts and dresses must reach the end of one’s fingertips when rested at their side, would be changed to the length of a standard index card above the knee to provide a standard for all students.

Senator Aaron Wan wrote the second bill of the month, and after being tabled, it passed unanimously. The bill would change the current rules for tardiness, specifically allowing two warnings, instead of the previous one, for tardies to first block during the first semester.

Senator Aiden Leise submitted the fourth and final bill to pass this month. The bill was originally written by former Senate member Andie Nanney last year but could not be reviewed before the school year ended. The revised bill’s purpose is to make taking prescription medicine more efficient and less stressful. Currently, for prescription medications, students have to sign in and receive them from a residence life employee. Under Leise’s bill, all schedule four and five medications (those with the most utility and lowest levels of addictiveness) and non-regulated medications can be self-administered by students. The bill also includes antidepressants, antipsychotics and anxiety medications if the student has been taking them for at least three months.

“Senator Wan’s bill is an excellent bill because the risk of oversleeping and getting a tardy is very high,” Lu said. “I also think that Senator Flowers’s bill was necessary due to the confusion on punishments for missing work service, so I’m glad both got passed.”

Senior Faith Brown, who passed the index card amendment, shared her concerns and hopes about her bill.

“I’m not sure if my bill is going to get passed, but I would really like the administration to keep an open mind about it,” Brown said.

At its most recent meeting, the senate tabled a bill regarding air fryers written by Senator Nathan Lee. Due to time constraints, the senate was not able to debate Senator Andrew Ignatius’s bill about lost keys. Director McConnell is expected to decide on the fate of the four bills passed this month in the near future.