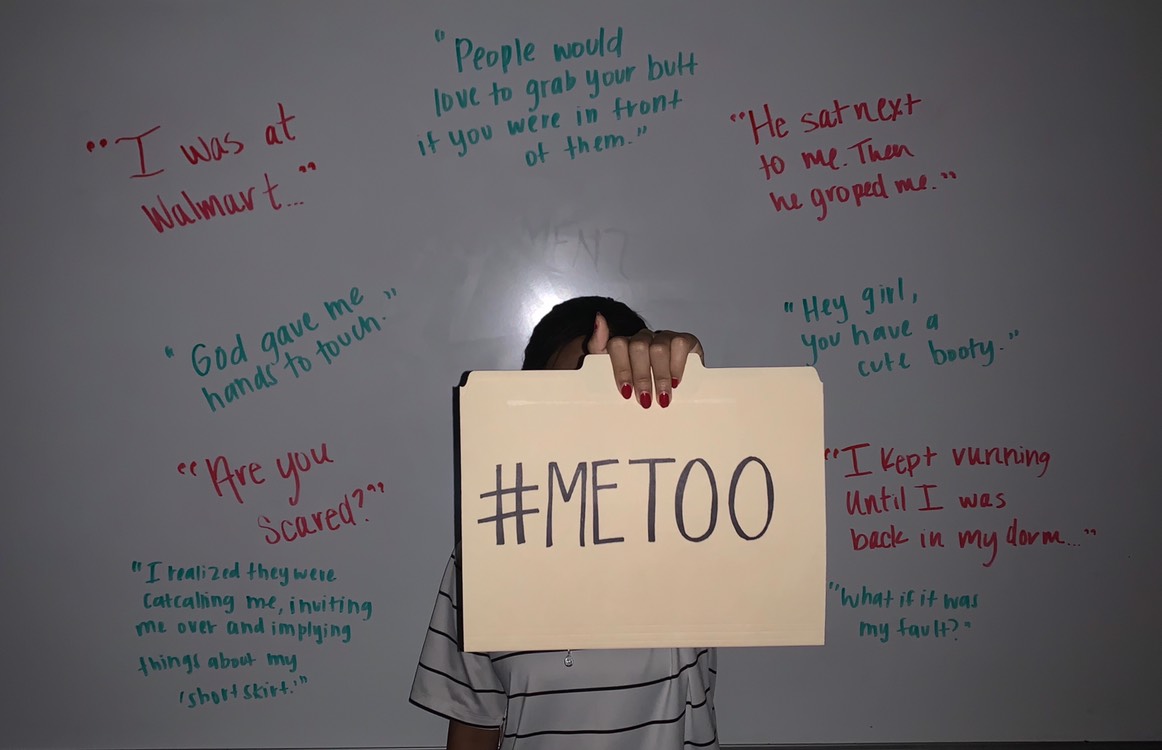 Dawe: The prevalence of sexual assault and harassment

No will always mean no.

When I was 12 years old, I was sexually assaulted. It was on a school bus, coming home after one of my first days at a new school. I didn’t have many friends, and I was trying to talk to this boy that was being very nice to me. He sat next to me, and then he groped me.

It took me a while to realize that I had actually been assaulted. I didn’t really know what had happened until the Brett Kavanaugh accusations came to light. That was the first time I realized I had a right to be mad about an experience of that nature. The reason that I didn’t know what had happened was because casual groping is so normalized that it didn’t seem like something noteworthy. I felt like if I told anyone, no one would care. I thought it was just a thing that happened, a thing I had to deal with alone.

The textbook definition of sexual assault, according to the Rape, Abuse and Incest National Network, RAINN is “sexual contact or behavior that occurs without explicit consent of the victim.” When most people think about sexual assault, the usual image that comes to mind is the “guy with a knife jumps out of the bushes and tries to rape you” trope.

According to a telephone survey done by the National Intimate Partner and Sexual Violence Survey in 2010, 27.2 percent of women in their lifetime have had unwanted sexual contact, which comes to approximately 32,447,000 women in the U.S. During the same survey, 33.7 percent or 40,193,000 women reported being victim of some form of non-contact unwanted sexual experiences, or sexual assault.

It doesn’t matter what you wear or how you look, they will comment on you regardless.”

“So in [country], it is very prevalent to just go outside and [have] someone saying something to you. It doesn’t matter what you wear or how you look, they will comment on you regardless. These are women, males and young teens that are doing this. You are, like, not required, but your parents always tell you to never to wear shorts. They tell you never to wear tank tops, even if it’s a hundred and five degrees outside, never to wear those things because you will be looked at differently. And if anybody has Whatsapp, this happened to my dad, his college friends were like ‘hey come join this group chat’. He joined this group. In less than five minutes people were throwing out videos of girls. It isn’t the culture that [country] is known for, but it is a culture that’s there.”

While these statistics make the situation look very bleak, all is not lost. People across the world have taken their stand against normalized harassment. Catcalls of NYC is a “grassroots initiative that uses public chalk art to raise awareness about gender-based street harassment.” It was started in 2016 by Sophie Sandberg in her freshman year at New York University. Since then it has grown into Chalk Back, an international movement to fight street harassment. There are an estimated 150 more “Catcalls of” sites for various cities around the world.

Space to Speak is a youth-run organization dedicated to reducing sexual violence and dismantling rape culture. They create consent curriculum for schools and conduct research focused on the effect that sexual violence has on young people.

Stop Street Harassment is a non-profit that started as a blog in 2008 and became an organization in 2012. Their primary focus is to raise awareness of this problem, how it affects people, and why they want it to be addressed, by documenting street harassment. In 2016, they partnered with RAINN to create the first national street harassment hotline. They also continue to conduct surveys that demonstrate the prevalence of sexual assault. In 2014 they found “Over 99 percent of the female respondents said they had experienced some form of street harassment.’ Out of the 916 women that were surveyed, only 3 stated that they had not. In this survey, sexual harassment includes honking, leering, whistling, commenting and gesturing. Also, when women were asked if they had ever been groped in public, 57 percent reported yes while, when asked if they have ever been assaulted, only 27 percent said yes.

These are real experiences from MSMS students about sexual assault and harassment:

“I was at Walmart. I came out of the store with groceries and such, and I was walking to the car with my parents. We started loading up the car with all the groceries. I hear a car pass by me, and I hear two or three dudes in the car roll their window down and yell, ‘Hey girl you have a cute booty,’ or something like that. I didn’t think that they were talking to me, but later, I saw them looking at me as we parked. I got in the car quickly and left.”

“When I was a freshman, we had music class, [during] which we didn’t really do anything except watch movies. It was just an excuse for the teacher to sleep. But there was this dude in my class who was a junior or a senior, 6’5”, a football player, just really, really big. And he would like to sit next to me and slide his hands up my legs, which was not fun. Or put his hands in my hair. Not fun. I would ask him to stop because I didn’t like it. He would tell me things like ‘God gave me hands to touch’ or ‘God gave me eyes to look.’ It made me very uncomfortable. I told the teacher, and he didn’t care. It got to the point where I would have to get to class early and have people sit around me because he scared me. I couldn’t really do anything about it which sucked.”

It got to the point where I would have to get to class early and have people sit around me because he scared me.”

“At school we had two lunch lines and [about] a hundred kids would be in each one. People would love to grab your butt if you [were] in front of them. It got to the point where a lot of girls just stopped eating lunch, or they would bring it from home because they were too stressed to go through the lunch line. It happened to me a lot.”

“There was this boy who somehow got my phone number, and he kept texting me. He was like ‘Oh, can you sit by me on the bus’ and can you do this and that with me. I was just [thinking], this is creepy, I didn’t even give you my phone number. On top of that, when I would see him in public he would start recording me with his phone. I felt very violated because this boy just has random videos of me walking around and stuff. That’s kinda creepy. ”

“When I was in 5th or 6th grade, we were at recess, and one of the boys shoved me against a wall and made me make out with him. That’s how I lost my first kiss. I got yelled at instead of him because I went to a Catholic School.”

“I heard from a friend that comments were going around talking about my butt. I feel very disrespected knowing that the person who heard about it didn’t tell me for a whole year.”

“I was walking back from Dollar General after [school] hours. When I entered the campus gate, a truck pulled up next to me. When he rolled down the window, he yelled at me. I didn’t hear him the first time, [so] I asked him to repeat. I don’t remember the exact wording, but it was something about how my butt looked nice. When I walked the other way, he followed me. I walked quicker, and he said, ‘Are you scared?’ and laughed at me. I ran until he pulled off and wasn’t behind me, and [I] kept running until I was back at my dorm.”

“At a Mississippi State football game, I was walking in front of a tailgate filled with a bunch of guys. All of a sudden, they started yelling at me, and I thought I unplugged their TV since I was stepping on the cord.  I apologized, but then I took the phone from my ear and realized they were catcalling me, inviting me over and implying things about me and my ‘short skirt.’”

“[My sister and I] went to Destin. It was like ten o’clock at night and we were just going to the riverwalk and I was hanging with my sister’s older friends. There was these like twenty-five year old guys and they were really really drunk. They came over to us and were like ‘hey lets take a picture’. [One of the men] wouldn’t let go of me and he was putting his hand up my [butt] and stuff. I really wanted to leave because I was really uncomfortable. I actually just ran away. After that I got pepper spray.”

I wrote this article to raise awareness about a serious issue. While I am no longer really affected by my assault, it is still an uncomfortable thing to talk about. There is a lot of stigma surrounding the conversation about assault. Even when asking close friends for quotes in the article, some hesitation was involved. Your chest tightens up, and you feel anxious. Thoughts such as “what if it was my fault” appear in your mind. But it is not your fault. You are not alone.