Echols: BeReal, ‘casual Instagram’ and the irony of performative authenticity on social media 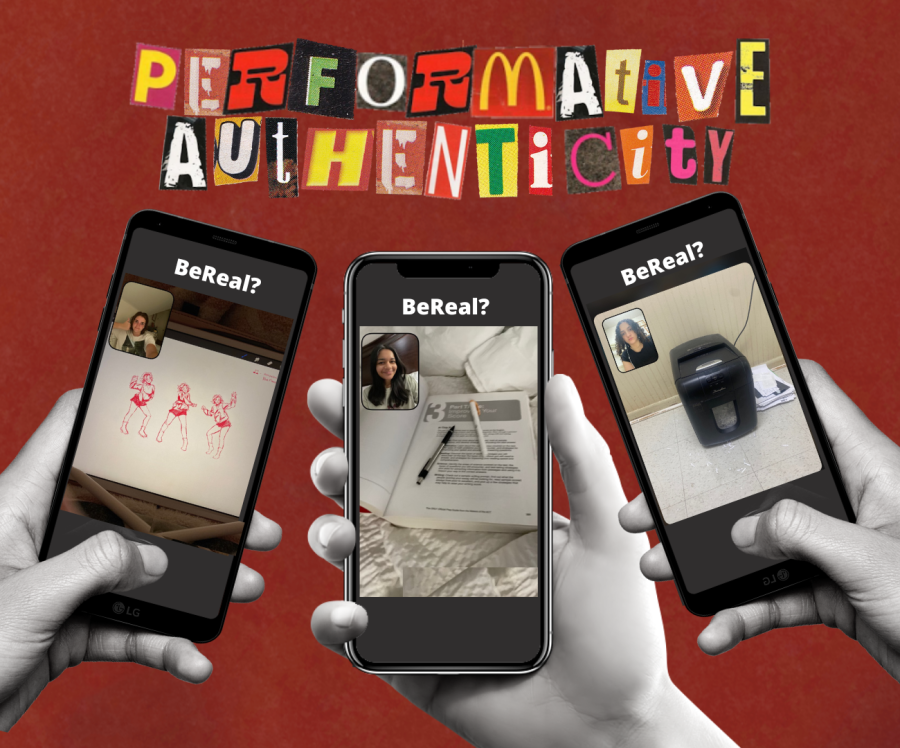 BeReal, a new social media platform advertising the sharing of authentic moments, has gained popularity. But how authentic can you really be online?

A social media platform lauding itself as the “first uncontrollable social media to share authentic moments” is sure to have its fair share of skeptics. I am one of them. ​​Nevertheless, BeReal, a French social media app that launched in late 2020, has gained popularity in recent months, encouraging its users to – as the name suggests – be real.

At a random time each day, BeReal notifies its users it’s “time to BeReal.” Once users receive this time-sensitive notification, they only have two minutes to snap a picture, or their post will be noted as late. The camera then simultaneously takes front and back-facing pictures, which users cannot edit or add a filter to. Users can then share their Reals with either their friend list or the public and are put on the app’s Discovery page.

Free of filters and the ability to discreetly retake and edit pictures, BeReal advertises itself as an anti-Instagram. I downloaded the app and spent a couple of days on it out of intrigue and my friends’ encouragement it would be fun, and I did enjoy my time on the app. With only about seven friends, most of whom I’d consider close friends, I felt less pressured to perform, unlike when I am on other social media apps. Many MSMS students say the app has offered them a less pressurized environment for sharing pictures with their friends.

“I do enjoy the freshness of seeing people not under the filtered guise of other social media apps where more action is taken to look the desired way,” senior Addie White said.

But as the app becomes more mainstream, the goal of realness may become fuzzier and will likely fall prey to the same plague as the “causal Instagram” movement, Snapchat and other social media apps: performative authenticity.

Characterized by photo dumps on Instagram with perfectly curated mirror pictures, sunsets, a book and a plant on a windowsill, and Snapchat selfies with the caption “I woke up like this,” performative authenticity is the idea of showing a version of yourself with little to no flaws but presenting it as raw and real.

Still, social media platforms distancing themselves from the hype-beasts, FaceTuned pictures, and perfect influencers that contribute to unattainable beauty standards and insecurities makes sense. According to a 2016 study, only 32% of people said they were always honest online. However, the juxtaposition of human authenticity and the comparative nature of these social media apps is bound to cause problems. At least with traditional Instagram, while still entirely capable of tearing down self-confidence, it was more outwardly fake – the unattainable beauty standards were unattainable because they weren’t real. Performative authenticity on apps like BeReal and casual Instagram seem like sleeping giants or rain-wrapped tornadoes in the sense that they claim to be real but still have the unrealistic aspects of traditional social media users may instinctively try to live up to.

Senior Makenzie Brannon, who has used BeReal for almost two months, said she is about to delete the app, as she admits to making her reality look more appealing.

“From the BeReals that I have seen/posted, I think that BeReal captures some sort of authenticity, but it is not entirely authentic,” Brannon said. “Personally, my BeReals really aren’t that real. I honestly treat it like everyone else on social media and only post when I’m with friends.”

Don’t get me wrong; authenticity is good. Humans naturally gravitate toward similarity and relatability, products of genuineness. However, when alleged reality begins to seem unattainable, bigger self-esteem problems arise.

Beginning the journey to becoming more comfortable with being ourselves on a public platform is a noble goal, and all stages of that journey should be respected. Seeing our friends in sweats in front of their laptops on BeReal can make us feel less alone, in that everyone has their less eventful days.

Yet, resenting filtered photos and touting​ performed carelessness as genuine can be just as destructive, if not more. BeReal’s attempt at mimicking reality is far from perfect, but, as White said, “the closest thing we’ve got.”

Still, it isn’t real. I feel it can be dangerous to further blur the lines between reality and the performative authenticity of social media. Regardless of how close we get to true authenticity on social media, in the end, we will always be reminded that social media isn’t an accurate depiction of authenticity. The practice of taking pictures of ourselves – even in doing everyday tasks for a BeReal post – and posting it for others to somehow prove what we already know is performative. The only way to achieve true authenticity is by logging off of BeReal, turning off the phone and being in the present.