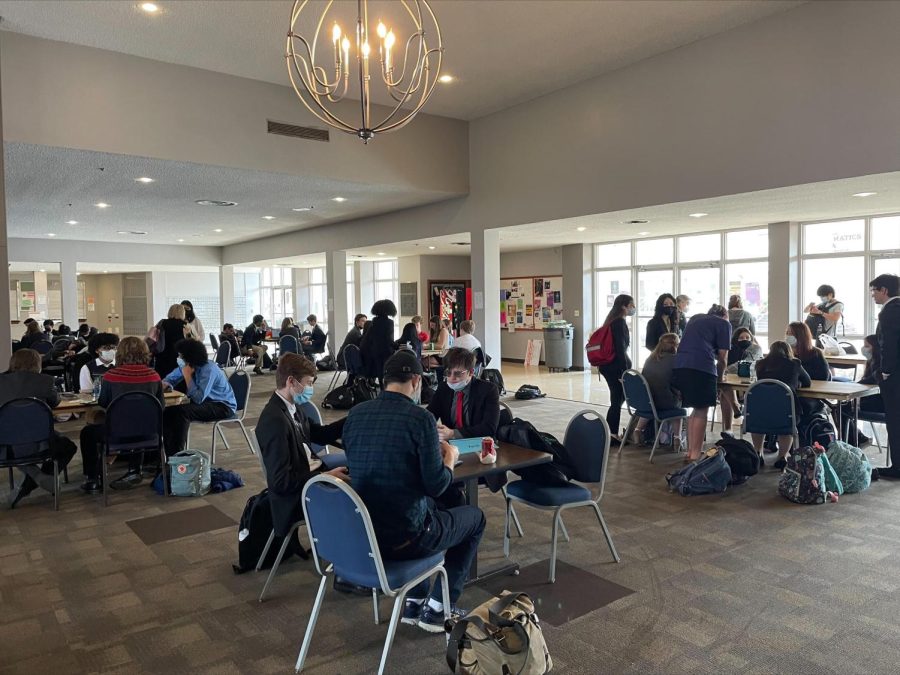 Students relax in a lounge set up in the W Room before their competitions. They could chat and enjoy concessions provided as a fundraiser for another of MSMS's clubs.

MSMS’s speech and debate team made history by hosting their first ever on-campus tournament last Friday and Saturday. MSMS campus became the battleground for eight teams from around the state. The tournament decided who will compete at the National Speech and Debate Association tournament, and although no one from the MSMS team qualified for finals, junior Nicholas Neal qualified as an alternate.

“It’s a good opportunity to not have to travel,” speech and debate coach Lori Pierce said. “Otherwise, almost everything that we go to is at least a couple hours’ drive away.”

Neal said he agreed a home tournament was a unique experience.

“It felt strange to see all the same people I see elsewhere during the tournament,” Neal said. “I don’t feel as though I had any home-turf advantage, though.”

Another competitor, junior Christina Zhang, said not having to travel was beneficial.

“It was convenient for us to just walk to rounds from our room instead of having to stay in a hotel and drive hours away,” Zhang said. “It was also really nice to see friends from other schools be here.”

The debate team has been planning the tournament for about a month, with the idea originally being presented about two months ago, according to junior competitor Vishnu Gadepalli.

Coach Pierce and the rest of the debate team said they look forward to the prospect of hosting more home tournaments in the future.