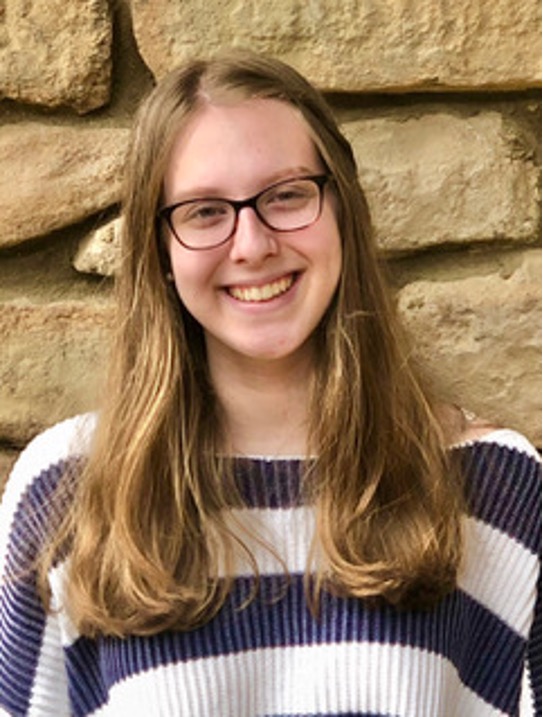 Senior Chloe Sharp channels her passion and dedication for helping others into everything she does.

At the end of January, most high school seniors submit the last of their college applications and come down with a case of senioritis. MSMS senior Chloe Sharp, however, has much more to give during her senior year. As the state chapter president of Youth Against Sexual Violence, Sharp raises awareness about sexual violence in Mississippi and around the nation.

“I found out about YASV back in Oxford because my best friend was vice president,” Sharp said. “She knew that I had done social media for other organizations, so they asked me to be their graphic designer/social media editor, and my involvement [in the organization] grew from there.”

Over the past year, Sharp and her team have worked diligently with state Rep. Thomas Reynolds (D-Charleston) to lobby for the two anti-sexual violence bills: House Bill 605 and H.B. 701. These bills were intended to fill the gap in Mississippi’s sexual violence protection laws but died in committee this past legislative term.

“Our lobbying team leader saw an article last year that said Idaho and Mississippi were the only two states without laws [outlawing] indecent assault or unwanted sexual touching, so she thought, ‘Wow, we should do something about that,’” Sharp said. “Things like these have always been a very important cause to me because I feel like every woman, even teenagers, has a story of something like this [sexual violence] happening to them.”

Sharp’s involvement in a project that could positively impact so many comes as no surprise to those closest to her.

“Chloe has a really big heart,” said senior Raeed Kabir said. “You can tell through her personality and the things she is involved in that she cares about everything from the environment to how you are doing that day.”

Sharp’s hard work and passion for the anti-sexual violence bills are not an anomaly. Along with her position in YASV, Sharp works as the opinion editor for The Vision, co-president of SEAL, a member of the State Superintendent’s Student Advisory Council, an emissary and vice president of Drama Club, where she will portray the lead role of Jo in the club’s upcoming production of “Little Women.”

“In Dramatic Performance, whether she was directing a show or on stage, I could always count on her to be as fully prepared as a professional,” Easterling said. “She was off-book quickly; she didn’t just memorize her lines; she acted her lines and stepped into character. But what’s even better is she brought other people along with her and made everyone in the cast better onstage.”

Sharp’s positive qualities are recognizable even to those who she’s just met. When asked about Sharp, Junior Mariah Bailey highlighted Sharp’s authentic demeanor.

“Chloe immediately came off as genuine to me,” Bailey said. “She was incredibly reassuring and helped me and a lot of other juniors get settled into life at MSMS.”

Outside of her academic duties, Sharp enjoys the environment and helping others. She annually volunteers as a counselor at a summer camp in North Carolina, which helped her narrow down her potential college majors. Currently, she plans to major in environmental engineering and either double majoring or minoring in public policy at the college of her choice this fall. She also plans to be involved in the theatre organization at her future school.

Sharp said she enjoys chocolate, Taylor Swift, gelato (so much so that she keeps a gelato spoon in her wallet “just in case”), “Gilmore girls” (which she’s seen nine times), “cats — actual cats, not the disgraceful 2019 movie” and feeling like she’s making a substantial difference in people’s lives through the groups she is involved in.