Celebrities: We will remember you 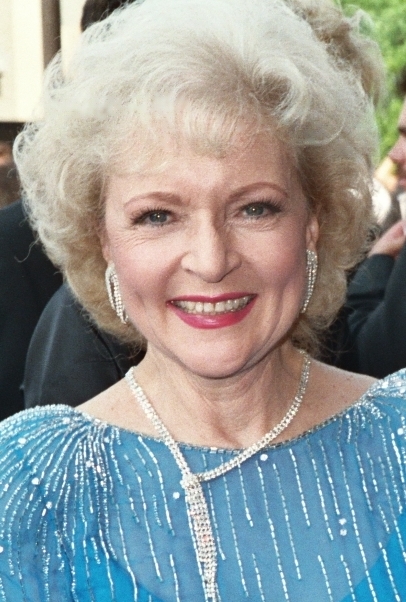 photo by Alan Light, CC BY 2.0, via Wikimedia Commons

Betty White, an actress who died recently, pictured at the 1988 Emmy Awards.

The truth of the matter is everyone dies. Whatever way you choose to look at life, no one makes it out alive. You won’t, your parents won’t, even your childhood superhero will say goodbye to the relative world eventually.

But that doesn’t make it any easier when they go.

Over recent weeks, Hollywood lost some of its most treasured jewels. It’s a painful time for millions of people as they grieve through losing their idols. It’s a type of grief that’s unexplainably personal; how can you mourn someone that you never actually knew?

On New Year’s Eve, Betty White passed at 99 years old. She was an exceptionally talented woman with an intricate legacy detailed many decades through Hollywood. Perhaps most notably, the Golden Girls star was the last one standing among her fellow co-stars. White was a phenomenal actor and won awards from all across the board, including one People’s Choice Award, several Emmys and even a Grammy. She was notably an icon for LGBTQIA+ and women’s rights, having orchestrated fundraisers and utilizing her platform to spread awareness.

As we reach the end of January, the two-year anniversary of Kobe and Gigi Bryant’s death will arise. The Bryants’ death was one of the most shocking and heartbreaking moments of the disastrous year 2020. He was one of the greatest NBA players of all time and an adored celebrity.

There’s validation in mourning the people you miss, even if you didn’t actually know them. Robin Williams was thought to be one of the funniest actors that ever performed, yet he committed suicide in 2014. His death was unexpected and beyond tragic; missing the energy and laughter he had brought into the world was the only expected factor of his passing.

Sometimes it’s hard to come to terms with something so appalling like death. It’s like the unexplainable emotional deficit that sits in your heart with no intention of a check-out date. Actors like White or Poitier die with a legacy that was always going to outlive them. Performers like David Bowie or Elvis Presley die and leave the entire world speechless. Sometimes it’s hard to accept, but it’s okay to miss the people who you loved. There is validation in crying over people we never really knew.

Everyone has a right to mourn their heroes.