Igwebuike: The US needs to aid Ukraine in its conflict with Russia 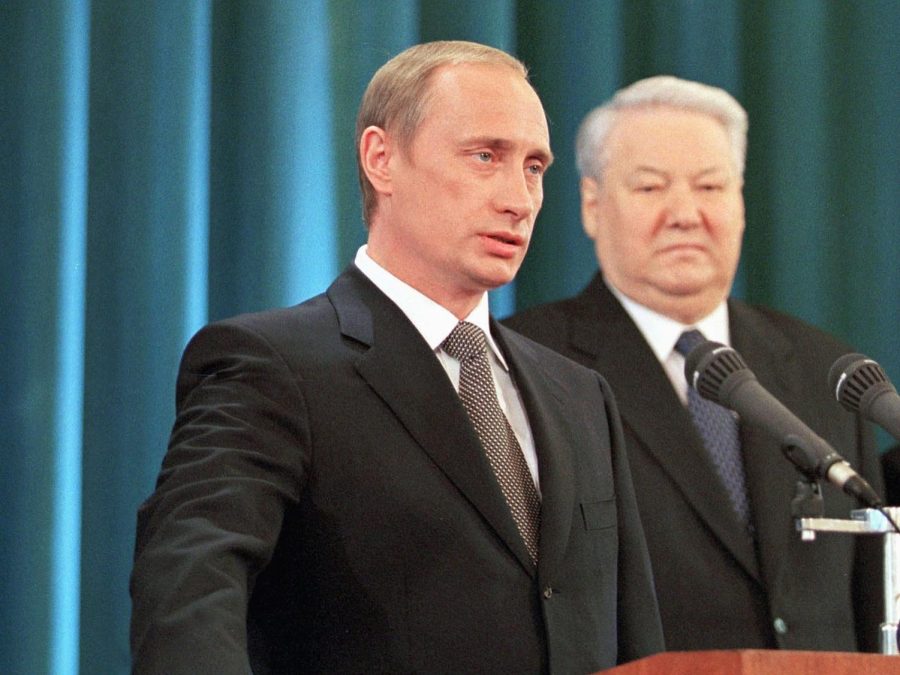 Kremlin.ru, CC BY 3.0, via Wikimedia Commons

Vladimir Putin, the Russian president whose administration is threatening Ukraine (pictured in 2000).

With the recent news of Russia’s military buildup along the Ukrainian border, there may be an upcoming war between the two countries. Although these tensions are occurring in the East, western countries including the U.S. should be wary about the situation.

Conflict between the two countries began in February 2014, when Russian president Vladimir Putin unlawfully ordered Russian troops to overthrow the parliament of Crimea, a peninsula that was a part of Ukrainian territory. Aggressions heightened when the Ukrainian military began low-level fighting against Russian separatist rebels who conquered towns in predominantly eastern Ukraine.

The Russian government’s belligerence to Ukraine was shown further when it was revealed in 2017 that Russia was allegedly responsible for a series of cyberattacks that targeted Ukrainian government, agencies and utilities. In July 2021, Putin released a manifesto through the Kremlin, showing his disapproval of Ukraine since they declared independence from the Soviet Union in 1991.

From his nine-year leadership over Russia and unprovoked attacks against Ukraine, it’s clear to see Putin wants to conquer eastern Ukraine and restore the Soviet Union. If Russia succeeds in invading the country, Ukraine will lose its 30-year democracy to its former dictatorship. Russia will also have the ability to control their military and block naval and commercial ports. Ukraine also won’t be able to enter or join an alliance without Russia’s approval.

Last month, President Joe Biden threatened economic sanctions and retaliation if Putin continued to invade Ukraine. He also affirmed that the U.S. would provide defensive capabilities and weaponry to the Ukrainians if tensions continued to worsen; however, Biden continued on to say that the country would not deploy any U.S. combat troops to Ukraine because it is not an ally of NATO, an international organization that safeguards allies’ freedom and security by political and military means.

Our country’s government needs to put into consideration what will happen to our country if Russia invades Ukraine. Because the U.S. is an ally of Ukraine, our country and government are already in conflict with Putin and Russia. An attack on Ukraine by Russia would immediately damage sanctions from the U.S. and other western countries, intensify Russia’s political isolation from the West, and initiate a resistance by the U.S. against Russian forces in Ukraine. Doing so would risk the national security and defense of our country.

Regardless of considering the safety of their own government and national safety, the U.S. and NATO owe it to Ukraine to defend them from Russia after their failure to stop and defend them from Putin’s invasion of Crimea. Simply disapproving of Putin’s actions is not enough to help the country in urgent need. Although what we have done already is useful, more support and troops would benefit Ukraine greatly as they prepare to defend themselves against Russia. Aside from military support, the U.S. should also provide safety for any Ukrainian refugees and prisoners should Russia invade Ukraine. They must do so this time before it is too late for Ukraine to receive help from NATO and other allies.

Russia’s treatment and hostility to Ukraine cannot be allowed to continue. Putin most likely hopes his recent threats will stop the U.S. from helping Ukraine. Ukraine’s allyship with NATO may be the only factor stopping Putin from fully seizing the country. If there is a time for NATO to offer their support, that time is now.