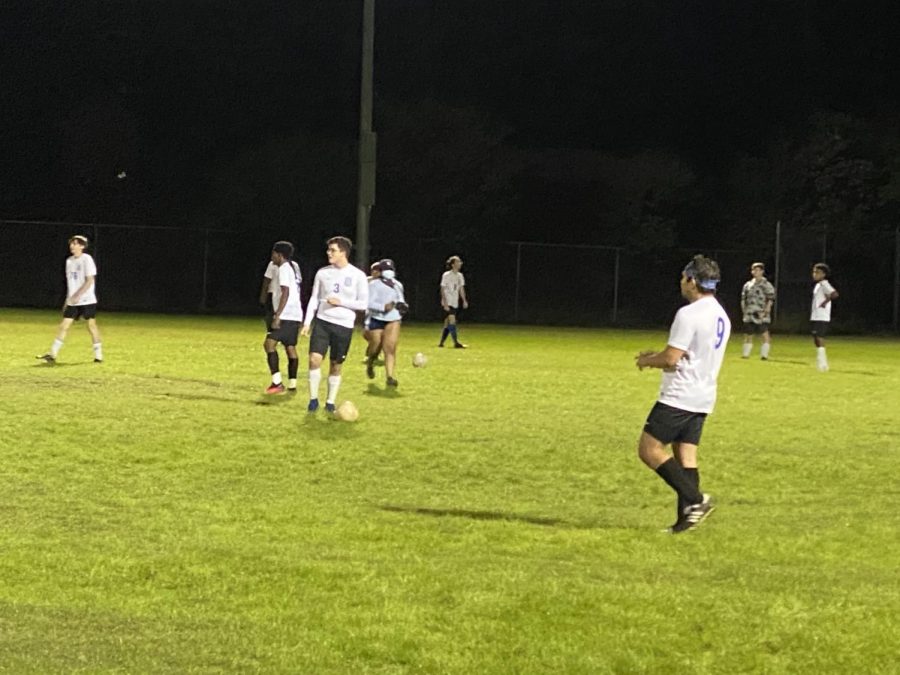 After a massive win against Columbus High, with a 10-4 win for the boys and a 7-0 mercy-rule win for the girls, the Blue Waves soccer team continued their strong start to the season with a 7-2 win in a scrimmage against Heritage Academy.

Sharp, the junior boys’ soccer captain, said the success at the scrimmage was derived from their hard work at practice.

“It went really well; we won 7-2. A large part of it has been the amount of team practices we’ve had,” Sharp said. “We’ve had team practices even when our coach hasn’t been there, which really shows the dedication of our team.”

“We prepared by increasing the practices more frequently and even more hours. In addition to that, we started practicing with the starting group, which increased our percentages of winning,” Popescu said. “Focusing on the starting group allowed us to be more consistent and focused on what we would actually be playing at a game.”

Popescu added the performance at scrimmage came with perseverance and teamwork.

“The game went pretty well because overall as a team we worked on what we practiced on, and we didn’t really give up, even when they scored towards the end. Towards the end, they got a little bit sloppy but that was because we started playing with new people,” Popescu said. “But overall, it went pretty well and [we] focused on what we practiced on, and the score reflected that.

Jeremy Dawe, outside back for the boys’ soccer team, said the boys’ performance reflects the game’s outcome.

“It went good, and it went good because we played well,” Dawe said.

Sharp and Popescu each said they expected more competition on the field.

“We expected it to be a closer game than it was. Our coach said they were technically more skilled than us, but when we started playing, that wasn’t the case,” Sharp said. “It was obvious from the start we [would] beat them really badly.”

“To be honest, I didn’t expect to win by this margin. I expected Heritage’s team to be better, but they had some more inexperienced players and younger players,” Popescu added. “Overall, it went better than expected.”

With recent victories for the Blue Waves, Sharp and Dawe both see potential for a great season.

“We expect to win the state championship,” Dawe said.

“No losses, and a really solid season,” Sharp added.