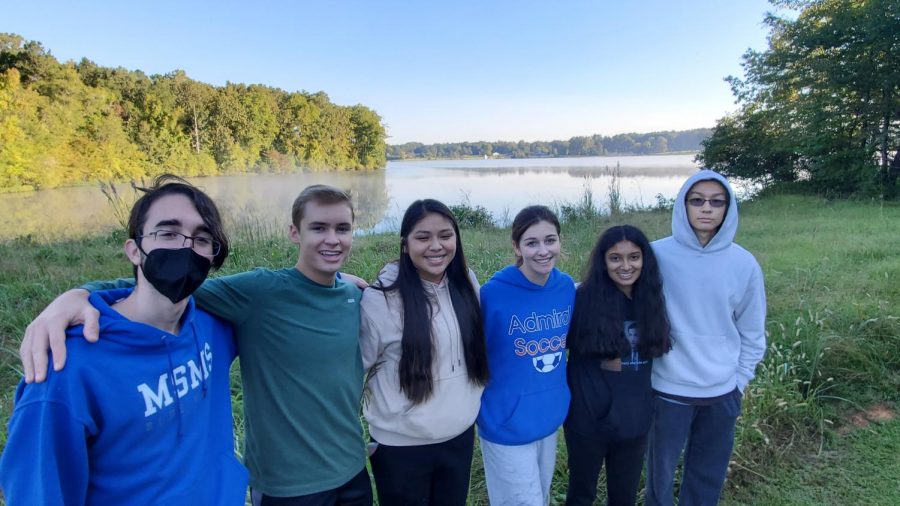 Six members of the MSMS cross country team competed at the weekend invitational.

Six members of the Waves cross -county team attended the third-annual Eagle Claw Invitational on Sept. 25. The course consisted of some flat areas, rolling hills and one steeper hill. While this proved as a challenge for the runners, their consistent after school practices led by Coach Brian Burnes prepared them well.

“It was long and hard, but we finished strong,” said senior Dylan Griffith, who placed ninth in the boys’ varsity 5K with the fastest time of the team. “Practicing together regularly Monday through Thursday, along with Dr. Burnes’ excellent coaching methods, has definitely been better than last year’s virtual practices.”

Other runners, including senior Jaeden Wesley and junior Willem Arnoldus, said they have also enjoyed the consistent team practices.

“I like running with others. It’s significantly harder to run by myself, so I have really enjoyed running with the team,” Wesley said. “Not to mention, it also encourages the competitive spirit.”

In addition to Griffith, Wesley and Arnoldus, seniors Vidhi Patel, Elena Eaton and Matthew Kapes competed. Most of them also attended the previous meet and said they noticed improvement.

“This was my second meet of the year, and this one was more challenging especially because of the steep dam hill [up the side of a levee], but I was happy since my times got better,” said Wesley.

Arnoldus said he took account of the more challenging terrain and strategized, which helped his time to improve.

“There was a huge hill we had to run up, but I decided to walk up the hill instead. Afterwards, it was easy since the hill’s gradual decline allowed gravity to propel me forward,” said Arnoldus. “About a minute after, I noticed I was passing other runners that ran up the hill because they’d exhausted their energy. Overall, I ended up getting about nine seconds faster.”

Following the two successful meets, the team members said they have high hopes for the rest of the season.

“These meets have been great and I’m looking forward to the last few meets we have left. I hope everyone qualifies to run at regionals and state, and I know with our determination, consistent practice and coach Dr. Burnes’s leadership, we can do it,” Patel said.

“It has been great to see our team grow, and I know we will continue to do so,” Griffith added. “I am really looking forward to [regionals] and hopefully the state meet.”