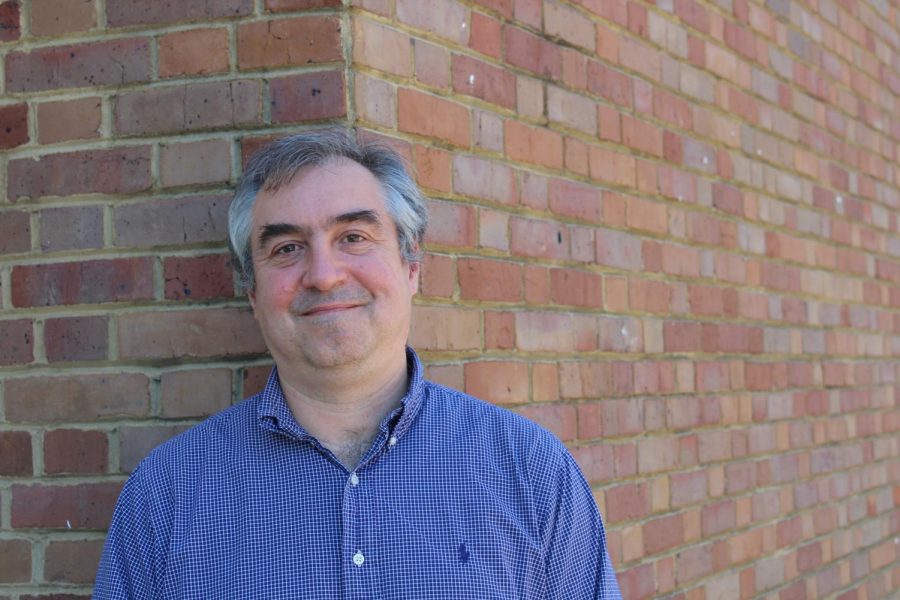 Dr. Jason Palagi speaks about how he began his career and his plans for the future.

Dr. Jason Palagi is starting his second year teaching at MSMS in the biology department. His interest surrounds conservation genetics and plant populations genetics, to which he has done a great amount of research on.

Palagi grew up in Oakpark, Illinois, just north of Chicago. He went to multiple different colleges across the U.S., originally focusing on electrical engineering.

“My interest for it was waning by the time I was finishing college and the job interview I went on — all of the environments seemed really stale and morbid, kind of. I’m sure there were environments out there more suitable, but I wasn’t seeing them, so I decided to go into a different direction,” Palagi said.

From there, he became interested in conservation biology, but all the jobs in that field required a biology degree. He decided to go back to school at Indiana University Northwest for a Bachelor of Science in biology.

Palagi ended up continuing his education and gaining a doctoral degree in biological sciences. After finishing his doctoral program, he got a job at the University of the South in Sewanee, Tennessee as a visiting assistant professor.

To this opportunity, Palagi said, “This is what got me interested in teaching in the first place, and I actually didn’t think I wanted to be a teacher.”

At Sewanee, one of the members of the chemistry department was an alumnus of MSMS, so Palagi had the opportunity to connect and learn about MSMS. As Palagi was searching for a job at the time, he decided to apply for a teaching position here.

Palagi started teaching at MSMS in the height of the COVID-19 pandemic. He said his first year was quite difficult.

“It was interesting; it was COVID-influenced heavily,” Palagi said. “We didn’t have all the students on campus at the same time, and all of my classes had a mix of juniors and seniors, so there was never a time I got away from Zoom, and that was pretty frustrating.”

Despite the struggle, Palagi said he had a great amount of support from faculty and was pleased when students did start coming to campus last year.

“I did enjoy the interactions I did have with students when they were on campus, but the block schedule mixed with COVID made for some difficult hurdles to overcome,” Palagi said.

Palagi said he is very happy with the environment MSMS has and is very excited for this year. He said last year, he really wanted to have students be able to do hands-on work and labs.

“Having students manipulate things with their own hands and look at things under the microscope that they discover themselves is extremely rewarding,” Palagi said.

Outside of the classroom, Palagi said he is very family-oriented.

“My family definitely brings me lots of joy,” Palagi said. “I try to stay as involved in my kids’ life as possible. My wife and I have cleared out an area of our property for a garden, but it’s not quite set yet. Hopefully, next year we will have a pretty sizable garden.”

Palagi said he is excited about the garden because he can observe plants and watch them grow in a controlled ecosystem. Other than his interest in plants, Palagi and his wife have an interest in woodworking. Rather than cars in his garage, he has a woodshop.

Due to the doubts of last year, it was very hard for him and his students to connect. To this he said it was the “nature of the beast,” with the beast being Zoom.

He said he has high hopes for the future, though. To end, he said, “I plan on tinkering with my classes to make them more engaging and finishing my garden — getting some nice fruit trees. I come from Chicago, so most of the idea of having any sort of citrus tree wasn’t even a consideration.”