If I can’t have love, I want Halsey 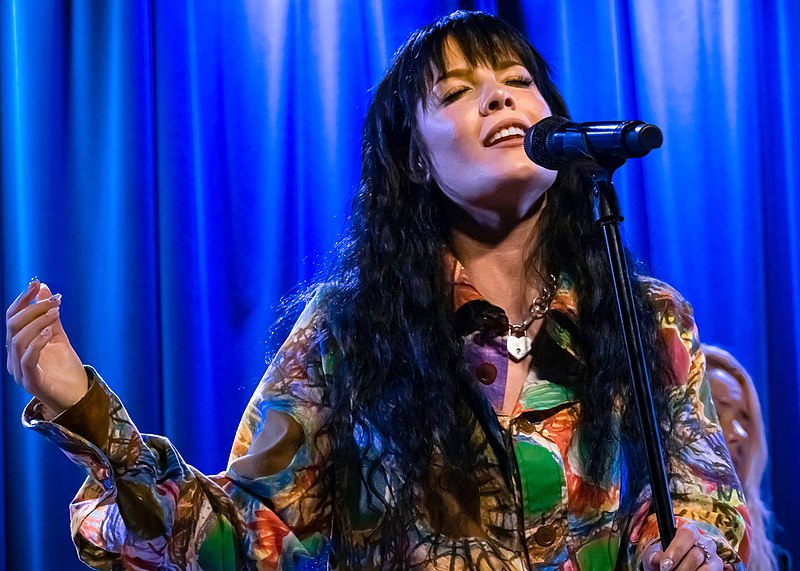 Halsey releases their fourth studio album filled with anthems of empowerment and vulnerability.

It’s been a year since the world has heard from the alternative-pop phenomenon Halsey. For their return, they’ve released If I Can’t Have Love, I Want Power as an ode to the horrors of love.

The album has meaning and range. The 13 tracks orchestrate elements of beauty and madness in an effort to explain the details of Halsey’s love for their partner and newborn child.

The opening track, “The Tradition,” elicits a sort of terrifying feel but still has the Halsey spark of power. The second track “Bells in Santa Fe” is an instant contrast because its tone is lighter and apologetic. The album ranges from upbeat, forceful songs like “The Tradition” to softer, acoustic songs like “Darling.”

The album as a whole emits a general horror, renegade vibe. Tracks like “I am not a woman, I’m a god” and “Lilith” contribute to the power feeling directly. The lower basses in the songs paired with sinister lyrics make the power feeling directly known. Halsey, as with their older albums BADLANDS and hopeless fountain kingdom, cleverly masters songs to make the listener feel chills.

Although the horror aspect is prominent, there’s also the feeling of regret and sorrow. The closing track “Ya’aburnee” is somber in comparison to the other songs. “Ya’aburnee” is an Arabic phrase that translates to “you bury me,” a phrase used throughout the song. “Ya’aburnee” is dedicated to Halsey’s newborn child and reveals the more vulnerable side of the singer. As an ending track, it ties up the album phenomenally. The constant power element accompanied by a drop of vulnerability encourages people to restart the album and listen to it again.

The album is balanced, political and brilliant. The listener can find emotional solace and confidence in it, making it one of Halsey’s best. The album has that rough-around-the-edges vibe but still is able to console a bleeding heart. Because of its raw impact, If I Can’t Have Love, I Want Power is a perfect addition to Halsey’s discography.