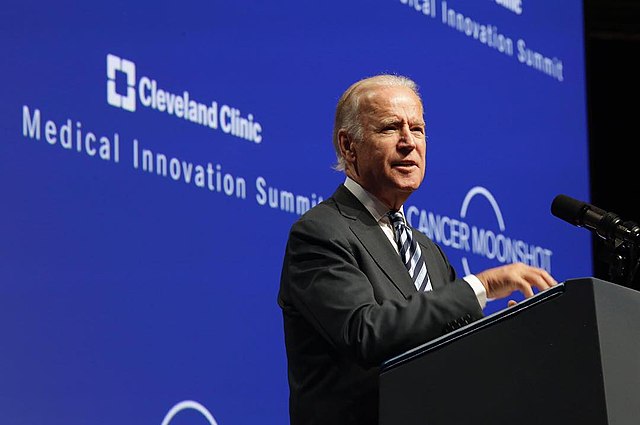 On Apr. 1, President Biden asked the U.S. Education department to find out whether or not he can authorize the cancelation of $50,000 in student loan debt.

Student debt is a horror for undergraduate and graduate college students in America. The average student in American holds $37,000 dollars in debt, totaling $1.71 trillion in loan debt. Today, student loan debt holds second place for most consumer debt in the U.S., following behind home mortgages. It’s time to fix America’s expensive problem of forcing students to pay the equivalent of a mortgage.

Canceling student loan debt has been a part of Biden’s agenda, dating back to his campaign. Biden was originally prepared to write off $10,000 for each student. However, President Biden recently discussed with the Education Secretary whether he could authorize raising the number to $50,000. While that is well above the average amount of debt held, Biden said he was hesitant to forgive loans from top-tier schools like Yale and Harvard. In a CNN town hall, he said “The idea that … I’m going to forgive the debt, the billions of dollars in debt, for people who have gone to Harvard and Yale and Penn …” He explained he would rather put the money towards initiatives such as “early childhood education or making community college free.” One of his most important stances includes 0% interest rates on school loans

It’s funny to think if something like this could even pass in the Senate considering the possibility the government has acquired $135 billion dollars from student loan payments over the last ten years. The article this was pulled from is a debate which originally stated that the government actually is hurt from student loan debt and makes no profit. After the debate took place, the expert concluded that in fact the government did profit but only in some years.

Whether or not the government is the fault for every student’s worst nightmare, students across the nation are struggling to pay off the 4.45% repayment rate. How could a student pay off their loans when a student’s average salary is $36,824? In other words, the average loan debt for a student is almost the exact same as the average student’s salary. The expectation, however, is that student loans are to be paid back in 20 years. Why is this the norm?

No, we can’t just expect for graduates to pay back their loans before interest rates compound on top of them because their job has a high salary. That reality is not possible for every major. Maybe this is why crucial jobs like teaching are so undervalued; the salary is just not enough. It’s not enough for paying back student loans and it’s especially not enough to get through a pandemic.

Students cannot keep up. While wages since 1970 have gone up by 67%, college tuition from 1980 to 2018 has increased by 129% for private colleges and 213% for public colleges. Furthermore, the jobs students acquire are usually not high paying and the shifts must work with their schedule and studying time. America wants to mold citizens able to work for the economy without actually giving them the tools to do so.

People suffer through loans to reach a better place economically then they were before. College is a tool for economic mobility and a fulfilled life accompanied by a career that holds purpose, at least this is the dream of college. Author and distinguished economics professor Richard Vedder explained to Business Insider the true value of college. “The demand for higher education has risen dramatically since 1985,” Vedder said. ”Once demand goes up and nothing else happens, that will raise prices.” Despite this, Vedder says the “advantage of a degree today is less than it was 10 years ago, because of the rising cost.”

A huge factor that influences the cost of tuition is public funding. Around 80% of students attend a public university as opposed to a private one. A report made by the College Board found that prices at universities rise faster when government funding for education is slowed or grows very little. Appropriations have decreased by 11% per enrolled student from 2009 to 2019.

The cost of education depends upon how much the government values it, and right now it seems to be at the bottom of the list of priorities. However, if Biden’s plans for forgiving up to $50,000 in student debt come to fruition, education can become the important topic to lawmakers and Congress that it is to students.