MSMS Eighth of May project featured in HBO documentary 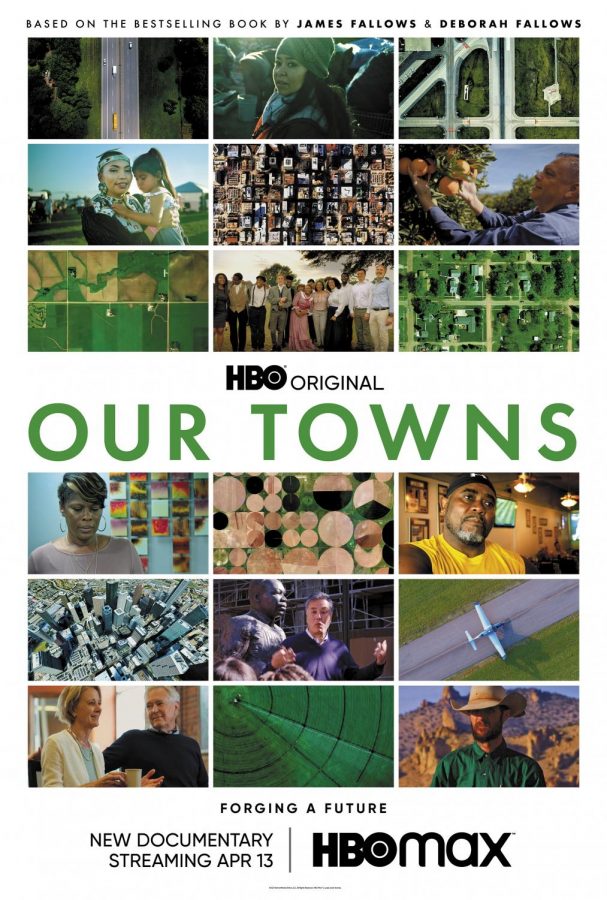 HBO's newest original "Our Towns" highlights MSMS's African American History class and their Eighth of May Emancipation Celebration, an annual performance. The documentary focuses on stories of small towns, like Columbus, Miss., across the nation.

MSMS is soon to be seen on screens across the world with the premiere of HBO’s documentary “Our Towns.” The documentary follows stories of small town life across the United States.

The class performs monologues as African Americans buried in Sandfield Cemetery to tell the story of the eighth of May, which marks the date slaves in the Columbus area were finally informed of their emancipation by the arrival of Union troops, over two years after President Abraham Lincoln signed the Emancipation Proclamation.

History teacher and Eighth of May Emancipation Celebration organizer Chuck Yarborough explained what drew the filmmakers to Columbus. “Our Towns” was adapted from a nonfiction book of the same name, written by Jim and Deb Fallows and published in 2018. The book featured MSMS’s Tales from the Crypt program.

“When that book was contracted for an HBO documentary, the Fallows and the filmmakers decided to return to Columbus for the film,” Yarborough said. “They said that decision was largely because of the groundbreaking nature of the Eighth of May Emancipation Celebration and its positive impact on our community.”

Cameron Thomas, a member of the class of 2020 and one of the performers from the year the documentary was filmed, added to Yarborough’s thoughts.

“I think they decided to feature us because things such as the Eighth of May Emancipation Celebration and Tales from the Crypt perfectly display the importance of local history and how everyday people’s stories are linked to the greater narrative,” Thomas said. “From what I know about the film, that is the exact message that ‘Our Towns’ is trying to put out.”

Yarborough explained the project’s positive impact, both for the community as a whole as well as for the student participants.

“In a county with a majority Black population for more than half of its history, the project has also contributed to our community’s growing understanding of its African American story. Additionally, the project has resulted in historic preservation efforts at Columbus’ historic Sandfield Cemetery and contributed to similar efforts in other areas of our community, efforts for which the City of Columbus has been an amazing leader,” Yarborough said.

Dairian Bowles (class of 2019) performed a monologue for the Eighth of May program as Senator Robert Gleed, one of the first African American state senators of the South.

“The filming process was definitely strange; I’d never really been filmed on a camera so having people with large cameras recording me was an uncanny experience. It was also really cool being filmed though, because at the time I was planning to go to film school, and am currently in film school majoring in Screenwriting,” Bowles said. “I’m really nervous at the possibility of my likeness being so readily available on such a big platform, but I’m also excited to see how they represent the event, and (a bit selfishly) excited to see if or how I’m featured in the overall scheme.”

Thomas was the only junior to have a monologue the year the documentary was filmed.

“I played Emett Lanier, an African American war hero born in Noxubee County, and my performance in simplest terms was about how Black soldiers risked their lives fighting for a country that recognized them as second-class citizens. My photo was on the front cover of the program. Even though most of the filming was more focused on the graduating seniors at the time, it was still nice to take the stage in front of not only the hundreds of people in the audience but also the potentially millions of people who could watch the documentary,” Thomas said.

Yarborough explained and joked about his emotions leading up to the release of “Our Towns” on Tuesday, April 13.

“The point of education and the goal of teachers is to empower students to positively shape their own futures, the future of their families, and the future of their communities,” Yarborough said. “Anything that calls attention to how a student might succeed in moving toward those goals is a win as far as I’m concerned. So, I am very pleased that our work is gaining additional national attention. Of course, I’m a little nervous too. (I’m afraid the cameras might make me look like I’m starting to lose my hair.)”

Thomas said it’s important that previously unknown stories are now being shared on a national level through the Eighth of May program’s feature in film.

“Usually Tales from the Crypt is the one getting all of the national attention. While it is well-deserved, it is so comforting seeing Mississippi African American history being displayed on a national platform for once,” Thomas said. “As a journalist and a storyteller myself, I know the importance of telling the untold stories and amplifying the voices of the silenced, and I hope this film does exactly that.”