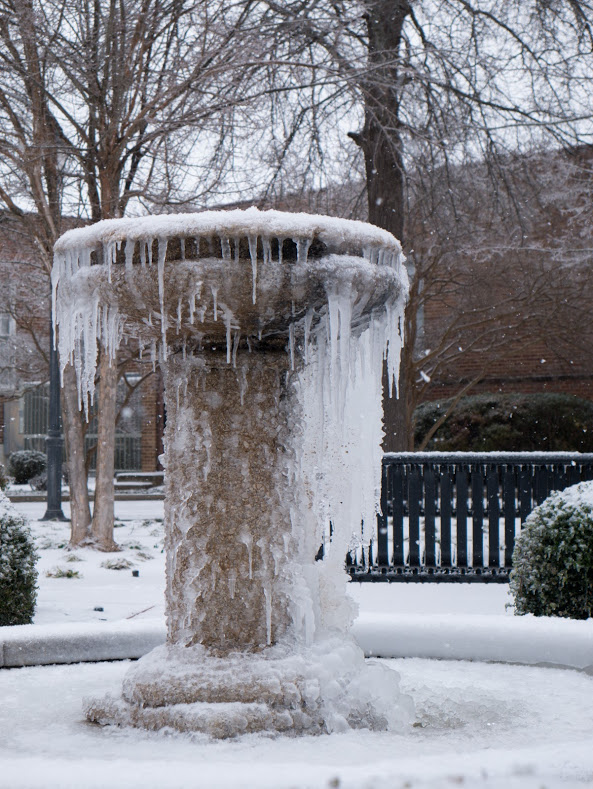 Snow in Mississippi is a rare gift. But with sidewalks, roads, and power lines encased in ice for three days last week, campus felt more like a prison than a land of wintry adventure.

The ice shut off the little freedom of movement students have in this era of lockdowns and precautions.  There was no powdered snow that could be formed into shapes of one’s desire. Instead, hard ice acted as landmines, striking students’ shoes as they stomped straight down to keep their balance on the way to and from the cafeteria.

There was no going out to play.

The one occurrence of a student who fell resulted in swift harsh punishment: four days of in-school suspension. It’s hard to say which hurt more: his weekend in isolation or his sore backside.

While the cold weather may have been a drastic change from the South’s moderately cold, rainy days of winter, the climate of covid was the same as usual. It’s a climate of precautions, which are as necessary as they are humdrum. My view from my dorm window might have been nicer than it was before, but life for us corralled inside was bleak.

Snow days usually cancel classes, beckoning students outside. At a competitive school like MSMS, where schoolwork and college apps are of utmost importance, a weather day holds the promise of respite, however brief, from the pile of work to be done. This lackluster, treacherous “snow” was hard to enjoy, however.

Teenagers hunger for freedom throughout their high school experience, and we are hungrier than ever. The pandemic, however, has required young people to understand the importance of self-control. The recent winter storm marked just another careful week in this year of precautions and limitations.