Anderson: Why standardized testing should not be the standard 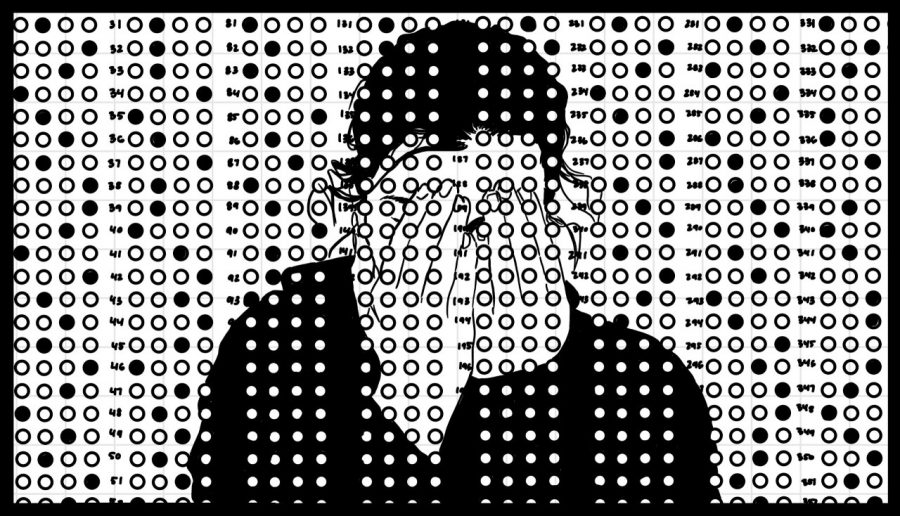 In light of the COVID-19 pandemic, many colleges have allowed students to apply test-optional, meaning that standardized tests will not by required in the admissions process. This recent adaptation may give rise to more holistic approaches to future admissions.

Standardized Testing. A word that should be highlighted and bolded on college applications because of how important they are to colleges. With high standards that colleges hold such as a 33-35 average on the ACT at Harvard or the 1450-1570 on the SAT at Yale, many students don’t even go to college because tests tell them that they are “not ready for college.” While Harvard and Yale represent the higher end of test scores, many universities still have high test score requirements that make students unsure if they are ready for college. For the sake of consistency, I will be mainly using ACT as a standardized test for the rest of this article. In 2019, the ACT released a statistic that said only 37% of the 1.8 million people were ready for college. This statistic only represented the Class of 2019 which meant that 67% of seniors were not ready for college according to the ACT. However, why is it that these standardized tests should tell students if they are ready for college or not? The answer is that they shouldn’t.

In October 2020, Prep Scholar reported Nevada to have the lowest ACT score average with a 17.6 and Massachusetts to have the highest ACT score average with a 26. This has become a way to rank states’ smartness and see how they perform based on a national test. In addition, many of these tests such as the PSAT rank students based on how they do in their state. However, this should not be the case due to how ineffective the ACT and PSAT are in measuring academic intelligence. An article by Prepschollar.com showed that the ACT is “less of a measure of intelligence” and more of a way to show how students can take tests. What ACT actually measures is a student’s ability to perform high on a test. This affects many intelligent students who may have test anxiety or an inability to perform well on standardized tests. Due to a small test, many students lower their chances of getting into their dream school.

Not only this, but the ACT also affects schools and how they teach certain subjects. Many schools teach in accordance with certain academic programs, such as the common core initiative, to raise students’ standardized test scores. Although these programs may raise students’ scores, they fall short of the goal of education. Many student sare taught to take tests instead of learning the actual material. As these programs may raise students’ scores, they ruin the academic standpoint for many students. Many are taught to take tests instead of actually learning the material which isn’t what school is about. Students don’t know how to do well in simple math but know to put “C” on their answer sheet if they don’t know the answer. That may be why College Algebra is the most failed course in college.

This classist act of the ACT makes a higher score almost always parallel to more money spent. Many financially incapable teens all over the United States need tutors and help in various subjects on the ACT, yet they range from $100 to $1,000. Not only this, but ACT also makes money in different ways: sending money to colleges, supplies needed to take the ACT, ACT prep and many others.

Not only does the test cost a lot of money, but also the material to study for this test. To make a good score, many students have to study for the test. However, many see the companies themselves as the most reliable place to get those resources. This creates a continuous cycle of people paying for tests and resources to study, and this concept of people needing more money to get better on the test ruins many peoples’ chances. These companies are taking advantage of peoples: There’s almost no way to make a good score unless you use their materials.

While we complain all we want, we conform to the ways of the ACT. The ACT is taking over the system enough to where colleges use the ACT as a way to measure our intelligence. However, it does not have to be like this. As many schools go from standardized test score based application to holistic application (a form of application that looks at all of your application as a whole instead of one part more than another), colleges are starting to look down upon these tests. So the next time you pay for your ACT, remember that it does not define you or how well you will do in life because after all, it is just a test.