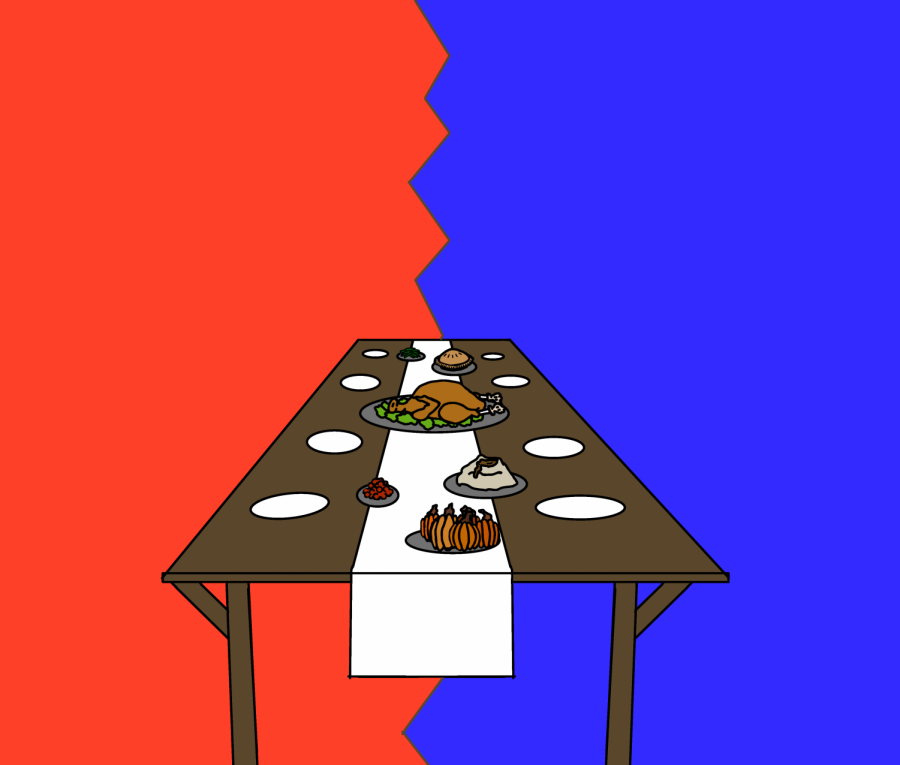 This year's Thanksgiving occurred during the COVID-19 pandemic and shortly after the 2020 presidential election.

As Thanksgiving has just passed, people have spent time with their families, eating and catching up on life. Oftentimes politics come up in dinnertime discussion, making the holidays a difficult time for those whose views differ from that of their relatives. With this year being an election year, that stress will likely be exacerbated.

Three MSMS students who struggle with this issue shared their thoughts. In Mississippi, the predominant political viewpoint is very conservative, and the families of all three students ascribe to that ideology.

Joanna Dickerson expressed the frustration that she often feels when trying to discuss politics with her family.

“My entire family voted for Trump, and no matter how many times I tried to tell them how wrong it was, I was always seen as a ‘raging liberal’ trying to push my agenda on them,” Dickerson said. “I love my family dearly, but it’s just so hard to see them support someone with such hate in his heart.”

Similarly, Lauren Rutherford reflected on a feeling of being dismissed and having their opinions rejected by their relatives in regards to politics, despite their own efforts to pay attention to other points of view.

“Some of my family has tried to listen to my opinion about politics a bit, but they always end up telling me that I am wrong and need to reevaluate my beliefs. They also think my beliefs will change once I get a job and start making money,” Rutherford said. “I have always tried to listen to their side even when I strongly disagree because it was how I was brought up.”

An LGBTQ+ and Christian student who requested to remain anonymous expressed concern about the implications behind her family voting for Donald Trump and what it could mean for her future.

“I find myself wondering why my family would vote for a man that endangers mine and so many other people’s basic rights,” she said. “I understand not agreeing with people, but at the same time, as Christians, we are called not to judge people and love thy neighbor. I wish that they didn’t believe the things that they do or manipulate our faith to fit their personal beliefs.”

The students had somewhat similar ways of managing difficult discussions with relatives. Rutherford described avoiding the topic of politics altogether when at home.

“My mom avoids talking politics. My dad speaks his opinion some, but he still doesn’t speak as much about it now that he knows I don’t agree,” they said. “The election hasn’t affected my relationships because I try not to be loud about my own opinions in my household to avoid arguments. My parents are just annoyed at any mention of politics now.”

The anonymous student reported her gratitude for being able to remain on campus in the weeks around election day, giving her and her family time to process the results separately.

“I wouldn’t say that we faced a lot of struggles, but I am also glad that I got to stay on campus longer and give them time to cool down,” she said.