Toner: This is not the year to vote third party 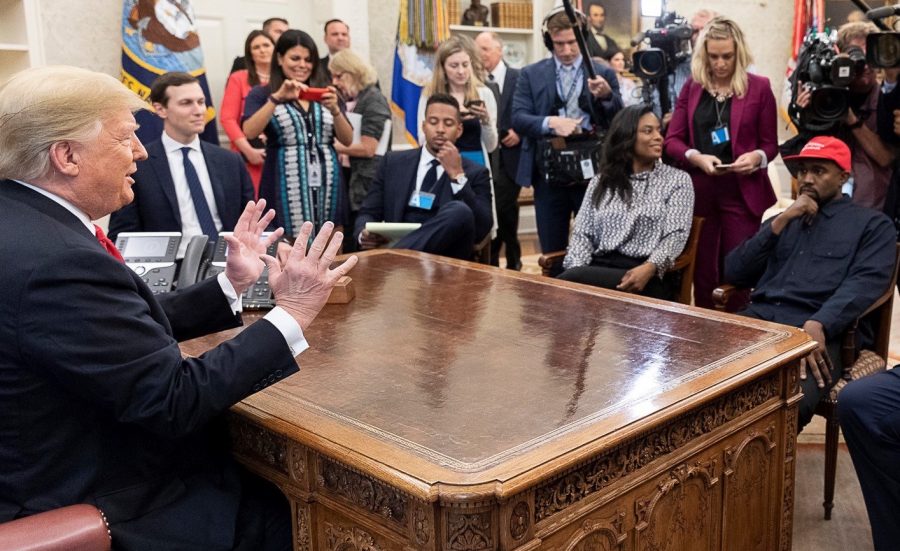 Past presidential candidates have lost elections because of the number of people who voted for a third party canidate.

As of October 20, over 35 million people already voted. That’s reassuring in many ways (though the numbers in states like Mississippi aren’t too high). This level of votership this early on is much higher than in previous years. Now, one of the biggest concerns of this year’s election is all the third-party and independent candidates on the ballot. In Mississippi, there are nine names to choose from, six of whom are motivated by Americans’ dissatisfaction with both Trump and Biden, the other being Kanye West. *slams head into wall*

So here’s the situation. Everyone knows they have to vote, and you know both candidates are problematic (though I maintain one is severely, painfully worse than the other). What now needs to be reinforced is that this is not the year to vote third party or independent. If people want Trump out of office, they ought not to give their vote to the candidate who they believe best stands for their values, and they definitely shouldn’t vote Kanye for the laughs. The third party won’t win, and we’ll be stuck with another four years of Trump.

Consider 2016, when we first got into this mess. The protest votes against Hillary Clinton–cast primarily by voters under 30 who were upset Bernie didn’t make the ticket–cost her the election. Well, that and the electoral college, but that’s another article. Jill Stein and Gary Johnson took unlikely but significant portions of certain swing states, giving Trump the small lead he needed.

It’s important to note what “significant portions” actually means in regards to third-parties and independents. In 2016, Johnson, Stein, and other third-parties collectively won nearly 5% of Michigan, New Hampshire, and Florida and 6% of Virginia. But that’s the thing, they didn’t need to reach double-digit percentages of support in these key states to alter the predicted path of the two top dogs.

Granted, it’s easy to blame third-parties for the outcome of the 2016 election, and it should be mentioned that, if they were not on the ballot, many of Johnson’s followers would have voted Republican, considering the ideological similarities to Libertarians. However, significant portions of Libertarian and Green Party supporters likely would have voted for Clinton since the aforementioned protest voters overall held more strongly negative sentiments towards Trump. The “would haves” and “could haves” become increasingly baseless the deeper into the argument you go, but the point is, those votes were essentially wasted.

The “two options and that’s it” system is by no means great, or even good. A solid 68% of American voters want a third option, and rightfully so, what with the extreme polarization seen between the political parties in recent years. However, the odds of a candidate not repping the two big names winning the presidential election are incredibly low. The whole system is against them, with various rules and regulations put in place keeping them out of the race, off the ballots, and–most importantly–away from debates. A third-party’s best bet at winning would be to base their platform on an issue that is a large concern among the entire population, but one that the other two parties refuse to discuss–like Abe Lincoln and slavery. But good luck getting the citizens of the nation to agree on which single issue should be deemed most important.

To address the audience predominantly composed of teens preparing to vote for the first time and already tired of it all, there are only two options, Biden or Trump. Neither is the knight in shining armor America wants. Neither is going to make changes in the best interest of the country’s young or poor or oppressed. If we’re being honest, very little change will be made until the older generations leave office or die out. We all know what’s wrong with Trump; I won’t address him. Biden isn’t going to shake things up. He’s not a smooth talker. He’s not Obama. He knows that. Biden’s greatest attribute is that he’s not Trump. He knows that too. To those who want to overthrow the system, do it next term. For this election, settling has to be enough.