Under the Sweet ‘Willow’ you’ll find a home 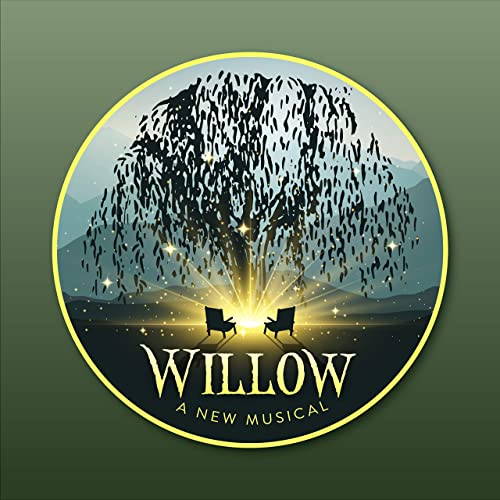 Shortly after their EP "Come Home," Averno released "Willow," the first album of their three-album deal with Broadway Records.

When I first found the Averno universe, I was ecstatic to find a franchise that gave a voice to groups that are so heavily underrepresented in the media. Needless to say, when they announced their triple record deal with Broadway Records, I was more than a little excited. The first of these three concept albums, “Willow,” was released Sept. 25, and it is everything fans could have hoped for and more.

“Willow” tells the story of two couples, a little girl and her imaginary friend over the course of three primary timelines: Grace and Cassia in 2006, Beatrice and Adelaide in 2011 and Meg in 2006. The album is beautifully made with instrumentation that plays as big a part in the storytelling as the lyrics do and a soundtrack that ranges from danceable and lighthearted to gut-wrenchingly sad in a matter of seconds.

The album is more than just a few good songs, though. “Willow” is one of the very few musicals with an accurate representation of women loving women (WLW) characters. Broadway is known for being LGBTQ+ friendly, but non-fetishized lesbian relationships are few in far between in even one of the most accepting industries. Hearing the stories of people like Cassia and Grace, Beatrice and Adelaide, made me realize how much the industry is lacking, but it also showed me a group of people who are trying to fix it every day.

“Willow” was created by Morgan Smith and composed by Auggie Greenwood, two nonbinary creators who have been working together in some capacity since earlier this year. I had the privilege of attending an online workshop they did in May, and it has been amazing watching them create stories that people need to hear, whether they know it or not

The musical opens with “Sweet Willow,” a sweet ukulele and violin piece that is reminiscent of a campfire song. The harmonies that persist throughout the song establish the individual voice of each character and introduce musical motifs that set the tone. It’s the first glimpse of the characters and their fears, and even though it doesn’t give much concrete information, it ties them all to the same place: the willow tree.

“Adelaide’s Path” flows directly from “Sweet Willow” with Meg telling the audience to simply “watch how the stories unfold.” This song is the listeners’ introduction to Adelaide, a woman in her seventies, who is sick and tired of the monotony of her life. We learn that her husband died the year before, and she is regretting living a life without much adventure. As she reflects, the music changes to match her tone, faster when she is hopeful and slower when she is worried. She is stuck wondering “when will things change,” but ends the song more hopeful than she had started it when she quite literally stumbled into Beatrice while accidentally trespassing on her farm.

A complete change from the longing of “Adelaide’s Path,” “Twister” is easily one of the greatest breakup songs in musical theater history. With a strong belt and electric guitar, “Twister” is now on my list of go-to songs for a car ride jam session. The song raises more questions than answers with vocals fluctuating from anger to hurt in seconds. Ultimately, it sets the scene for who Grace is as a person and shows what she struggles with the most. If nothing else, the song establishes that Grace is at the willow tree, and it sets up the groundwork for what happens next.

The fast-paced, happy music of “A Meeting Under the Willow Tree” is a direct juxtaposition to the sad story it tells. Like “Twister,” it gives you more questions than answers, but it sets up one of the most essential parts of the show: Grace and Cassia’s relationship.

The song starts by introducing Cassia and her dilemma: the fact that she’s dying. In the Averno universe, a forest exists that is essentially a safe place for anyone in search of a home (whether that be the need for acceptance or escape from abuse). The people who go to live in the Forest are called Wild Ones, and at a certain point in their life, they are required to make the choice of leaving the Forest or staying to help raise the others and eventually become a Shadowmother, a spirit that guides lost souls to the Forest. Years before the events of the musical, Cassia had made her decision to stay, but now that the time has come for her to give up her own self, she’s terrified.

In the song, Cassia has made up her mind to go to the willow tree and end her life. (Don’t think of this as suicide; it is simply the next phase of her existence.) This is where she meets Grace who throws a wrench in all of her plans.

“Selfish” is Cassia’s reflection after “A Meeting Under the Willow Tree.” It showcases her struggles with deciding to pursue a relationship with Grace when she knows her fate. The violin part is bittersweet and yearning, and it matches up with her voice on the chorus to really drive the point home. The piano is simple and used mainly to accent and emphasize what she is saying. The song ends with the piano alternating between major and minor chords to give a sense of foreboding that is a direct foreshadowing of Cassia’s looming death. Taking a step back from hyper-analyzing the instrumentation of this piece, it’s nice to see a queer relationship being portrayed like any other relationship. She is simply falling in love with someone, and at the end of the song, when Grace asks for her to stay with her awhile, she does.

“Dawn,” which is sung by Beatrice, also falls into this category of a pure, queer love song. It’s the audience’s first real introduction to Beatrice and follows her as she takes Adelaide around the Forest and picks her flowers. This song is easily one of my favorites. The ukulele is fast-paced and fun, and the entire song comes together to present an idea that is uncommon for older couples. It’s all about new beginnings despite their age, and it paints Bea as someone who is head over heels for this woman she barely knows.

The last song of Act 1 is “Lovers’ Quartet,” and it is easily one of the most impressive songs in the album. The musical sets up Grace and Beatrice, Addie and Cassia, as parallels from the beginning, and this song helps to establish this point. While Grace and Bea are excited and hopeful for everything that their futures hold, Addie, who is struggling to tell Bea about her cancer diagnosis, and Cassia are mourning the futures they won’t get to be a part of. This is shown musically and lyrically with Grace and Beatrice singing about how much better the world seems with accompanying music that is generally upbeat and fun, and Addie and Cassia singing softly underneath the stronger vocals. Toward the end, it comes to a crescendo and a pause where Addie declares that she has something to tell Bea before the music seems to come crashing down in dissonance and cutting off sharply. You can almost imagine the lights shutting off and the curtain closing as the audience is released for intermission.

The first song of Act 2, “Real to Me,” switches the focus of the story away from the two couples and onto Meg. She is terrified to grow up, and the song is nostalgic for a time she hasn’t even left yet. It’s a story that anyone could relate to: the fear of losing your childhood forever. As a senior, I can definitely vouch for the fact that it hits home.

The next song is called “Adelaide,” and it is Beatrice’s song where she asks Addie to move in with her. This song is Bea’s promise to her, to stay with her in sickness and in health. The instrumentation is very similar to that of “Dawn,” and near the end of the song, the rest of the ensemble comes in with parts from “Sweet Willow.” This song ties together the loose ends in their relationship, and it is once again such a refreshing turn of events from the media’s usual portrayal of lesbian relationships.

“How to Let Go” is nothing like “Adelaide.” Where “Adelaide” shows acceptance, “How to Let Go” shows how Cassia is still struggling with the next step in her life: the end of it. From the start, Cassia has been terrified of letting go, but despite this inner turmoil, all she wants is for it to be over with. The piano is somber and definite, and it signals that the story is coming to an end, whether she likes it or not.

The next song is “I’m Here,” and trust me when I say you will cry your eyes out. Musically it is unlike any other song on the soundtrack. The piano pairs with the vocals beautifully, and matches the tone of whoever is singing.

The song starts with Addie singing to Bea from a hospital bed. This is unlike every other interaction they have in the show with Beatrice only singing one line at the end that leads listeners to believe that Adelaide has passed away.

Grace and Cassia’s half of the song is also a stark contrast to how they had been up to this point. It shows Grace being the strong, comforting presence that Cassia had been for her, and the song shows Cassia finally facing her fears and letting go.

The last song on the soundtrack is “Home.” The accompaniment starts very similarly to “Sweet Willow,” and, after a period of reflection by both Grace and Beatrice, the entire cast is singing. The harmonies that are set up throughout the show are back, and each character is singing lines from previous songs. There’s a dissonance of sorts as the song climaxes to the end with everyone singing about finding a home in the willow tree before it quiets, and the main voice you hear is Adelaide singing of how she knows her story will be told.

“Willow” has broken my heart and put it back together again more times than I can count since its release date, and it deserves all of the hype I am giving it. It might not have the “happy ending” that you would want or even expect, but it’s perfect for a show that’s message is about life and changing and growing up and moving on. All of this said, go stream “Willow” by Averno on Spotify to support this amazing show and its creators.