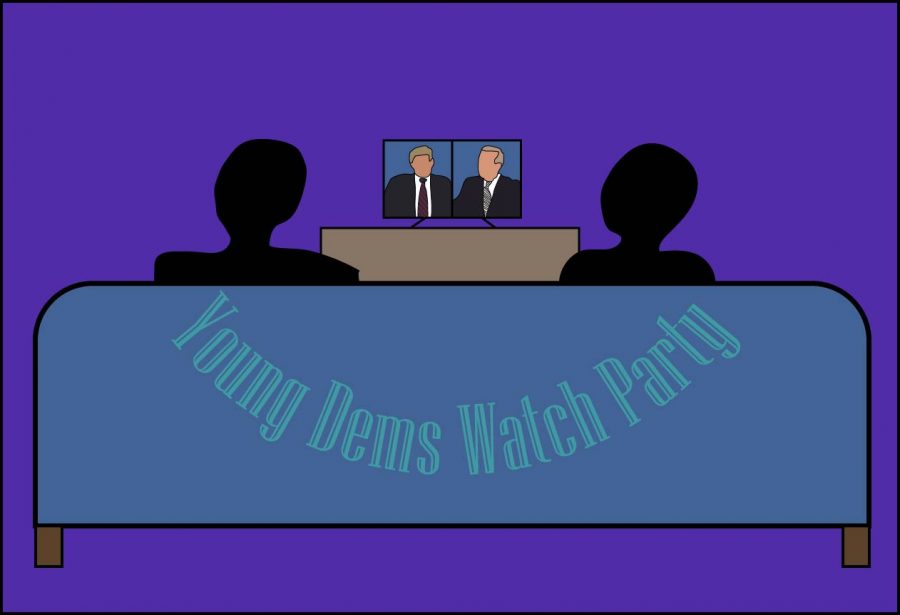 President Donald Trump and Joe Biden had their first debate on Tuesday, Sept. 29.

No matter their political ideology, millions of people tuned in to the first presidential debate with varied hopes and expectations. The Young Democrats club hosted a Zoom event to give students of all political backgrounds an opportunity to watch the presidential debate through a shared screen and to win a Sonic gift card.

Held on Tuesday, Sept. 29, the event gave many students the platform to talk about their opinions on the debate with their peers in real time, as well as expressing their feelings and what they feel should be required of a President.

Elisabeth Seage, President of Young Democrats, expressed pride towards her fellow classmates for the large turnout, and also emphasized the importance of political involvement.

“It went very well, and I’m so glad that so many members of the student body came out. I’m very glad that our student body is so informed and involved in politics. I’m looking forward to our next watch party and everything our club has in store for the year,” Seage said.

The watch party began at 7:40 p.m. and ended around 9:30 p.m., but those who wanted to discuss the debate stayed for longer. The 20 minutes before the debate started, the floor was open to discuss what people hoped would be brought up by the moderator.

Gracie Rowland, a senior, felt as though the discussion part of the event held more meaning and depth than the actual debate itself.

“Speaking with my peers about such important issues during these turbulent times gave me hope for our generation. The debate itself was filled with more rhetoric than substance, but the watch party was filled with students who want to change this nation for the better,” Rowland said.

As the debate kicked off, students used the chat to share their opinions on what was being said. Halfway through, a name was drawn from the attendee to win a Sonic gift card; junior Madison Flowers won the drawing.

After an hour and a half, the debate ended and another name was drawn. The second Sonic gift card was awarded to junior Aaron Taylor. After the debate finished, students used the opportunity to discuss their last feelings and what they wished had been brought up by the moderator.

Kate McElhinney, a senior, communicated her thankfulness for the event.

“It was such a well-planned event, and I’m super grateful to Young Democrats for hosting it. I’m really hoping they’ll do it again for the other debates, as it made watching the debate a bit less painful,” McElhinney said.