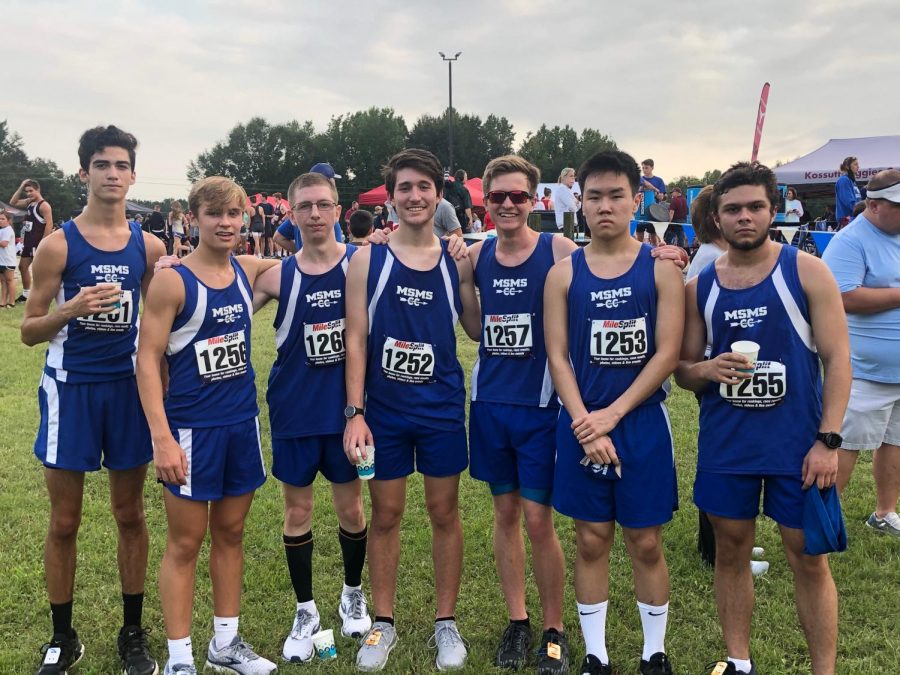 The MSMS Cross Country team ran their second meet of the season in Saltillo.

Despite living all around the state, members of the Blue Waves found a way to convene in Saltillo for their second meet of the season. On Sept. 19, 2020, many runners who couldn’t go to the previous meet, ran for the first time this season and got to meet their new team members.

Per Mississippi High School Activities Association (MHSAA) regulations, cross country runners are now required to maintain social distancing and sport masks on the course, though these may be removed during the race. What some may view as obstacles, MSMS cross country runners take in stride. Junior Jillian Snodgrass said that despite these modifications, “the spirit of the competition and the race itself remains unchanged.”

Upon their arrival at Saltillo High School, MSMS cross country runners convened and scouted out the course. In the absence of their coach, Dr. Burnes, team captains Luke Bowles and Skylar Nichols led the group. Like many runners, this was Bowles’ first meet of the season.

“Because I hadn’t run in so long, I was really nervous going into the race. However, once I started running, all of that went away because my instincts just took over,” senior Luke Bowles said.

The girls’ team ran first. Cutting their previous times with each passing step, the team completed the 3.1 miles with undefeatable strength. Though none of the female runners placed, they left the meet happy to get to compete and meet each other.

“The new team is great. There are more girls and it was fun to meet the juniors,” senior Fiona Dawe said.

Following them, the boys’ team began their race. Running with rolling starts (in which one group begins running immediately after the return of the previous group), the male cross country runners kicked up substantial dust on the course. The entire boys’ team finished the race under 25 minutes with each member averaging roughly eight-minute mile times. Seven members of the boys’ team placed in the top 100.

Despite not placing overall, both the boys and girls team drew strength from personal successes and the achievement of individual timing goals.

“In my opinion, the meet was a success. Even though neither team placed, every runner put in their best effort,” said Snodgrass.