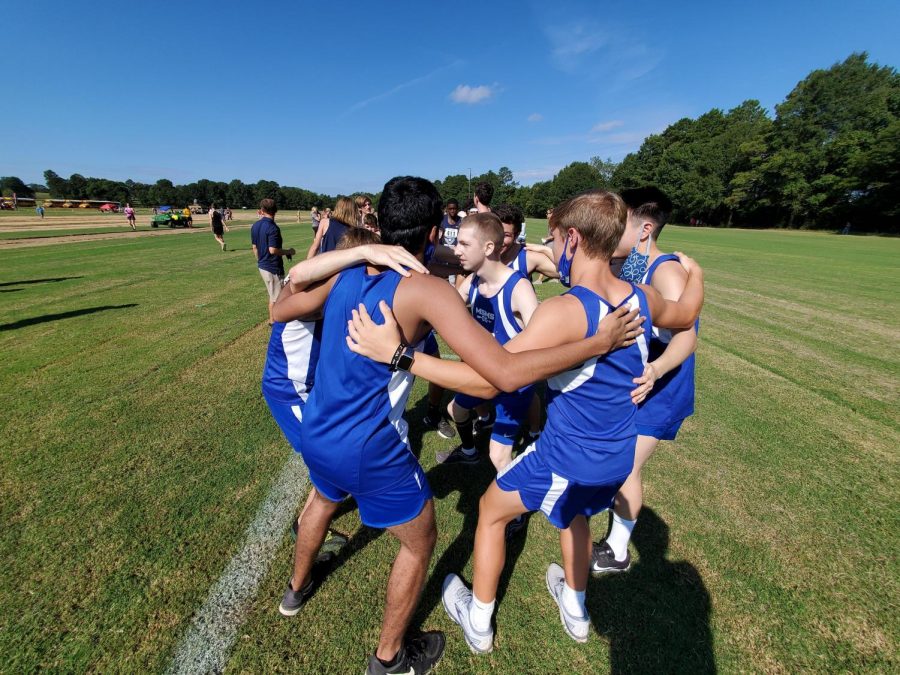 The Waves XC team placed sixth at their meet in Tupelo.

After a successful season last year, the Waves Cross Country team is back. Although virtual school has made training more challenging for student athletes, the members of the XC team trained individually and placed sixth overall at their first meet on Saturday, Sept. 12, in Tupelo.

According to junior Taylor Wypyski, the team competed with a few players sick or injured, but they still managed to perform well. She also explained that the team already seems to be getting along well, despite only meeting each other on the day of the meet.

”I feel that, considering we only started training a couple weeks ago and many of my teammates have suffered or are currently contending with injuries, the team performed extremely well. I believe that we will only improve from here,” Wypyski said. “It already seems that even though we have only spent three hours together we are already a fairly close knit team, resulting from the sharing inside jokes and cheering each other on.”

The team’s times were relatively scattered, but senior Bryce Harrison placed fifth, with a time of 19:52. The MSMS Boys team placed sixth overall. A few students on the team felt that they could have done better, including junior Raeed Kabir.

“Today was my first meet ever, so I really didn’t know what it would feel like. The heat was about 99 degrees, and it slowed everyone down some,” Kabir said. “Personally, I need to work on actually speeding up my mile times, so when it comes down to a 3.1 mile race, I can run it faster, rather than running to build endurance for long distances. I’m looking forward to the next couple of meets to see how my new approach helps me improve.”

The team’s next match is on Sept. 19, and MSMS teacher and coach Dr. Brian Burnes feels that, especially under the current circumstances, the team performed well. He expects improvement from the team as the season progresses.

“Our first meet of this season was also the first time we have run together at all, due to COVID. It is tough to train independently, but I was glad to see the team pull together today for a good, solid turn-out,” Burnes said. “These runners have a lot of potential and we plan to get better week by week.”