PVRIS goes dance-punk with ‘Use Me’ 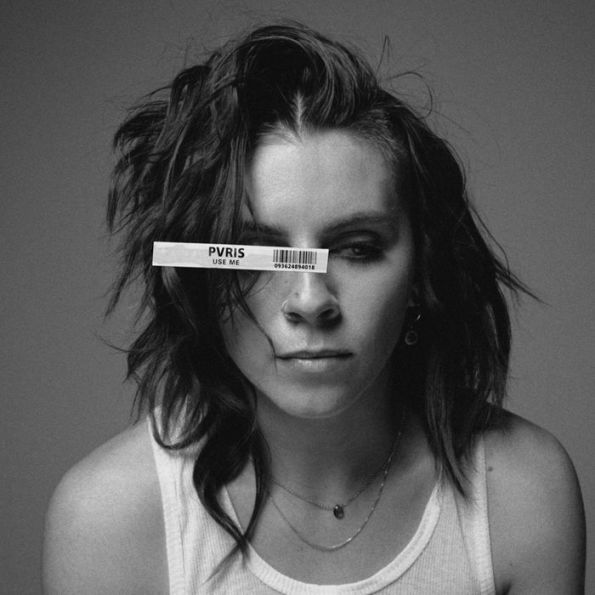 “Metamorphic” is a fitting way to describe the recently released PVRIS album “Use Me.” Released Aug. 28, the 11 tracks make the Massachusetts band’s third record – with a shift from the sound of their earlier music. This highly anticipated album exceeded fan expectations after being postponed twice, once because of COVID-19 and a second time to avoid taking up space on social media in the midst of the Black Lives Matter movement.

Vocalist and frontwoman Lynn Gunn has ended the rock decade and replaced it with a new age of electropop. It’s still dark and edgy, but in a different, more dance-y way. Gunn drenched the record with soft, synthy hooks married with heavy guitar riffs and lit it on fire, and a badass album emerged from the flames. In a way, it parallels with Gunn throwing out her insecurities and stepping out from the shadows to seize the credit that was hers all along.

“Wide awake, just cut the head off of a snake” are fitting lyrics for the first taste of “Use Me.” You can hear Gunn writing her name all over the record with the opening song “Gimme a Minute.” The album has an energetic open with this song, which starts with a slow, throbbing hook that morphs into a slamming chorus. This first peek into Gunn’s musical creation sounds like if an electric guitar grew two legs and walked away from an explosion, especially during the bridge.

The same unapologetic attitude continues as the album progresses. A thick bassline, vigorous guitar licks, and catchy drum beats create a punk-disco in “Dead Weight.” It emphasizes the way Gunn is using this album to blatantly reject her obstacles, from depression to her spotlight-shyness. There’s a huge shift from the pre-”Use Me” Gunn to now – this version of her is a lot bolder and a lot louder. “Dead Weight” symbolizes the transformation Gunn underwent to the aggressive and defiant voice that so perfectly matches that song.

The album’s sound decrescendos into “Stay Gold,” and then picks right back up with “Good to Be Alive.” “Stay Gold” has an energy completely opposite to “Dead Weight.” It’s softer and more romantic, but the airy vocals are just as unforgettable. The hard-hitting chorus is the highlight of the song, and the close second-place are the lyrics, like “wish I could keep you in amber, safe from the outside, hope that you’ll always stay gold.” But somehow “Good to Be Alive” wins the title of most hard-hitting chorus in the entire album. With the repeating line, “it’s good to be alive but I hate my life,” the song is brutally honest and equally danceable, like an emo dance floor.

The tone shifts back to romantic but also dark with “Death of Me,” another guitar-heavy anthem about being committed to someone despite the risks. It has similar vibes to Paramore’s “Fake Happy” in the lyrically grim but sonically pop way. You can head-bang and hip-sway to it, and when the song ends and “Hallucinations” starts, you’ll still be dancing. With it’s impactful staccato, “Hallucinations” has a slamming, insane beat, like a disco for metalheads.

The chaos fades after “Hallucinations,” as the second half of the album begins. It’s noticeably softer, acoustic, and slow – representative of healing, like a calm after the storm. The divisiveness of the sound difference between these two halves is cathartic, like the chaser of a shot. It’s definitive of this new age PVRIS has entered, where Gunn recognizes her talent and the work she’s put into the music. It keeps the same elements of romance as the more anarchic, turbulent part of this album, especially in “Old Wounds.”

“Old Wounds” is a confession from a hopeless romantic. Though it’s definitely more lowkey following “Hallucinations,” the serene beginning morphs with a percussional down-beat into a captivating, passionate ballad. It features a captivating vocal shift from a low, gentle serenade to a raw, haunting howl. Gunn laments about a past love, or an old wound, that she wants to open despite advice not to. The lyrics are striking, like “I think I could love you until the day that you die.” The vocals are easily the most memorable element, though.

The tenderness peaks with “Loveless” and “January Rain.” The album as a whole embodies a turning point for both PVRIS and Gunn’s career, and as the album draws closer toward its close, Gunn emotionally strips down and shows vulnerability. In a lament about a break-up, “Loveless” turns the album acoustic, and “January Rain” follows in the same manner.

If the album is a dance party (which it is), “Loveless” is the slow song the lovers pair up to. “Old Wounds” might have the best vocals overall, but “Loveless” wins the most beautiful vocals. The overall sound is soothing, and the lyrics are melancholically heavy. It’s the reflection of a dead relationship, directed to a past lover, and it will leave you with an odd empty feeling. “January Rain” has the ballad vibes of “Loveless” with the addition of a prominent drumbeat and ethereal backing vocals. It’s “Loveless” with a different take of the situation. It associates heavy emotions of constant rain associated with relationship dread.

This album features the band’s first ever collaboration, another demonstration of Gunn testing out the waters of this reinventive era. With lesser known hip-hop artist 070 Shake, known offstage as Dani Balbuena, the song “Use Me,” inpired by the show “Euphoria,” serves as the album’s namesake. Adhering to the uniform chillness of the second half of the record, (including a harp) “Use Me” steps away from Gunn’s perspective. In an Apple interview, she labels it a “weird backwards love song.” Like many other PVRIS songs, the lyrics have multiple interpretations. With this one, you can see it as romantic and unconditional or satirical and passive aggressive.

“Wish You Well” ends the album on a groovy, retrospective note. On the opposite spectrum as “Dead Weight,” it deals with letting go of things in a peaceful way. It includes the best bassline of the entire album. Paired with “Use Me,” it’s perfectly conclusive to this album because it mirrors Gunn’s transformation.

Through each song, she takes a breath of fresh air and shows us her newfound confidence and fierceness. Every second of this record tells a story. It’s versatile. It’s sultry and charming at some points and aggressive and unforgiving at others. Gunn completely murders what PVRIS used to be and rebirths it way out of her comfort zone. It’s refreshing to see her embrace the spotlight in ways she previously couldn’t. “Use Me” rightfully belongs to Lynn Gunn, who uses it to walk away from her past, craft something fresh and new, and welcome it with open arms.