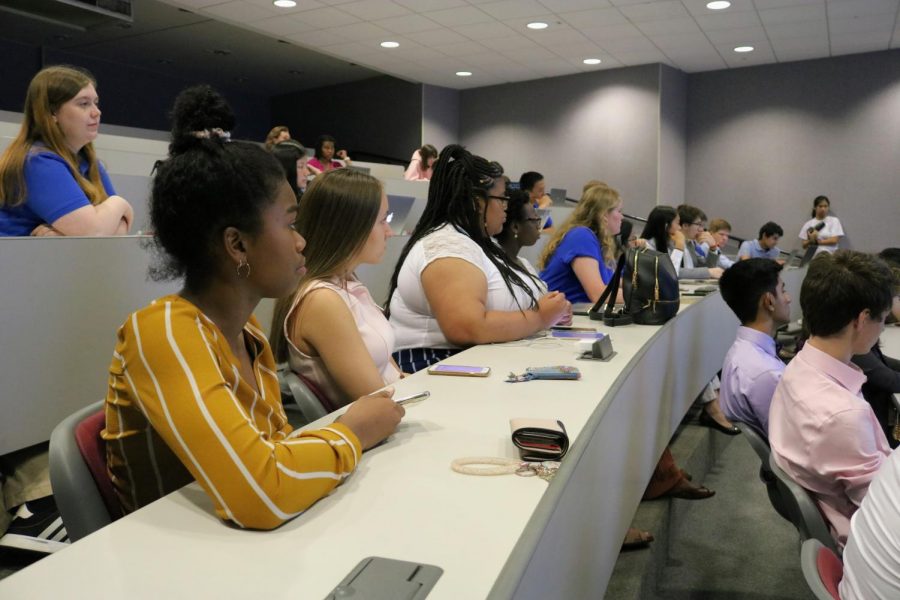 Although they're not together, newly elected senators are excited to see what Senate achieves this year.

With a new year comes a new group of senators, all of whom were chosen after a rigorous process. Senate, MSMS’s student government, is where students can directly impact the school by making changes to the Student Handbook.

After an interest meeting held on Tuesday, Sept. 1, 45 students applied and ran for 28 positions in the MSMS Senate. Goen Hall met over Zoom to elect senators on Wednesday, Sept. 2, and Frazer Hall met on Thursday, Sept. 3.

Senior and SGA Secretary Nina Vo felt that, although finding a good method of holding elections was challenging, the process seemed to be successful.

“With everything being online, it was just a question of how we were going to hold elections,” Vo said. “I think that we’ve chosen the most effective way with separate Zooms and forms for each floor, so Senate elections are going really smoothly as of now.”

After the interest meeting on Tuesday, each student who expressed interest in joining the Senate was asked to fill out a Microsoft form. Students’ grade point averages and disciplinary records were checked before they were cleared to run.

Each floor of the residence halls held its own Zoom call, during which the candidates gave three minute speeches. Afterwards, a recording of the call and an online ballot were sent to the students, so those who missed the meeting could vote fairly alongside their classmates.

Those who participated in Senate last year had a better idea of what to expect, even though the structure of the election differentiated slightly. Senior Aabha Mantri felt that being part of Senate last year made elections this year less worrisome.

“I’d say that I was less stressed about elections because I had done it last year,” Mantri said. “ I was a bit more worried because my WiFi connection is not really reliable and I really didn’t know if I would have been able to make it.”

However, many junior candidates held less experience. Junior Hayden Anderson elaborated on how despite his fears, he appreciated the public speaking and leadership opportunities.

“At my old school, I really felt very introverted and would have never done something or even given a speech, so it felt really good to be able to give a speech in front of everyone,” Anderson said. “It’s difficult because I’m surrounded by all these smart people, but I feel like we all have a pretty good chance because everyone made really good speeches.”

The are results are as follows:

Anderson, one of the elected Senators, expressed his excitement for the upcoming year.

“When I saw that I was a senator, I was so excited because of how much I can do for MSMS,” Anderson said. “It gave me the confidence to show me that I can do anything.”