A Classic Reappears With a Vengence- Entertainment Rundown 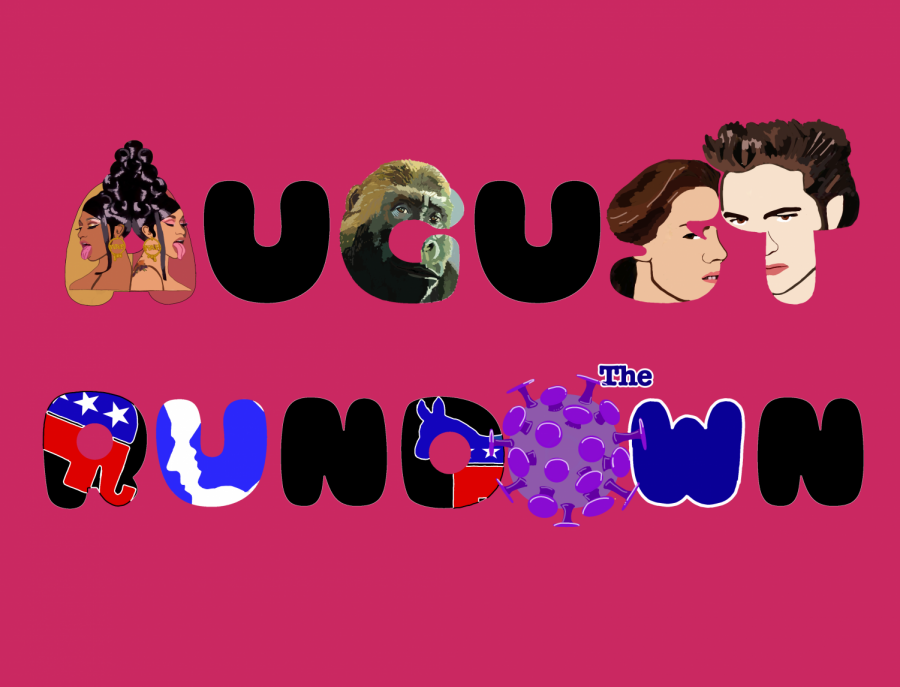 COVID-19 has not stopped artists, authors and filmmakers from releasing new content for their fans.

Disney Releases “The One and Only Ivan”

On Aug. 21, “The One and Only Ivan” debuted on Disney+ as one of their Disney Originals. This movie is receiving a lot of hype like every Disney movie does. The ads were impeccable and the graphics seem to be better than ever. This movie follows the story of Ivan, a gorilla who lives in a mall with an elephant and other animals. They’re best friends, and when a new elephant Ruby arrives, they all take a deep dive into their past and where they came from. It seems like it will be a very heartwarming story, and I can’t wait for it to hit the virtual box offices.

Cardi B. and Megan Thee Stallion Top Charts with “W.A.P.”

If you’ve been on TikTok or Instagram in the last couple of weeks then you’ve probably heard some part of  “W.A.P.” After it was released on Aug. 7, 2020, it quickly topped charts. It has been on Billboard’s Hot 100 for two weeks now. The song quickly became a TikTok trend after many dances were choreographed to different verses of the song. The two female rappers collaborated to create one of the most empowering songs to hit the music industry. In a mostly male-dominated field, seeing two women come together to make a song that empowers all women and tops charts is amazing and just what we needed in 2020.

Anyone alive during the mid 2000’s remembers the Twilight Series. The books-turned-movies were a hit from the get-go. It was controversial to some because they felt it normalized controlling boyfriends, but this new book puts those ideas to rest. After “The Twilight Saga: Breaking Dawn- Part 2” movie came out in 2012, we thought we’d seen the last of The Twilight Saga…until Aug. 4. Previously, the story of Bella, Edward and Jacob had been told from Bella’s point of view, but “Midnight Sun’ introduces a different perspective: Edward’s. This details Edward’s thought process throughout the storyline and explains his intentions. Veteran Twilight fans are very conflicted about how to feel about this new addition to the series. Some are worried they’re being sold the same story, but some are equally as excited as they were when the past novels were released. This new book in the series opens a new generation of Twilight books and also opens the series to even more spin-offs from other points of view. Personally, I can’t wait to feast my eyes on this exciting new read.