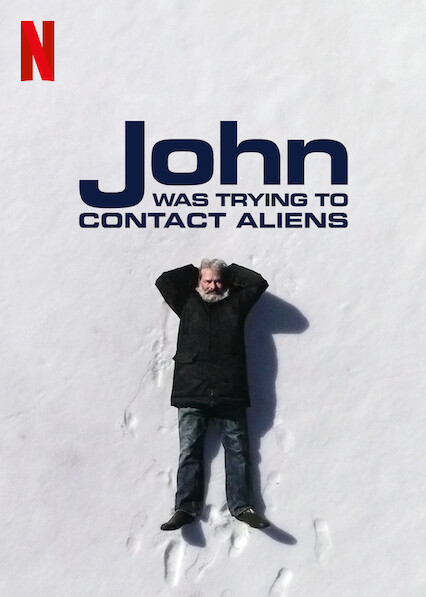 “John has a very special mission in life”

Netflix continues to kill it in the documentary game with a new short film from director Matthew Killip. John Shepherd began his quest for alien contact in 1972, all from his grandparents’ living room. Shepherd didn’t use words or lines of code to make contact; he used music. Killip, whose only other directing credit is another short form documentary from 2007, tells Shepherd’s captivating story with the expertise of a seasoned documentary filmmaker.

“My interest is in finding out the unknown”

Going into the film, one might expect the story of a crazed conspiracy theorist who wears tinfoil hats and raves about government spies. Instead, the audience is treated to the story of a kind-hearted man who only wishes to share a piece of our Earthling culture with extraterrestrials.

One of the film’s strong suits is the choice to tell the story entirely from Shepherd’s perspective, with the only external commentary provided by TV news clips from the seventies. This choice endears the viewer to Shepherd and gives them an inside look at the story, rather than an outsider’s perspective.

The film unexpectedly explores deep themes of isolation and identity, themes that are very relevant in today’s culture. Shepherd’s project left him with little time to make connections on Earth, as he was too busy trying to make connections in outer space.

A lesser filmmaker might have chosen to take a voyeuristic approach, making Shepherd out to be an oddball, yet Killip chooses to portray him as a man who is simply passionate about what he does, something that every viewer can sympathize with. While I don’t have a very strong belief in the existence of alien life, I also find it hard to believe that John Shepherd was anything but sane. To strive for discovery is a very human thing to want to do. The film recognizes this and uses perspective to convey this theme to the audience. For a documentary about a man running a radio station for aliens, it delivers a surprisingly heartfelt message.

“My mind was in space and in other realms”

With the film being as short as it is, there is hardly room for error. Thankfully, the pacing of the film is impeccable. Through fantastic editing choices, such as the choice to match cuts between shots from present day and photos taken decades earlier, Killip holds the viewer’s attention for the entire 16-minute runtime.

The film’s synth-heavy sound design clearly draws inspiration from the recent wave of “eighties nostalgia,” complimenting the documentary’s retro aesthetic. Meanwhile, the visual elements of the film combine the documentary standards of B-roll and interview footage with home movie footage and still images from the beginning of Shepherd’s quest in the seventies.

John Shepherd’s story is truly fascinating, and Matthew Killip’s documentary does an excellent job of telling that story in a way that is both entertaining and touching. If you have 16 minutes to kill, you can’t go wrong with “John Was Trying to Contact Aliens.”