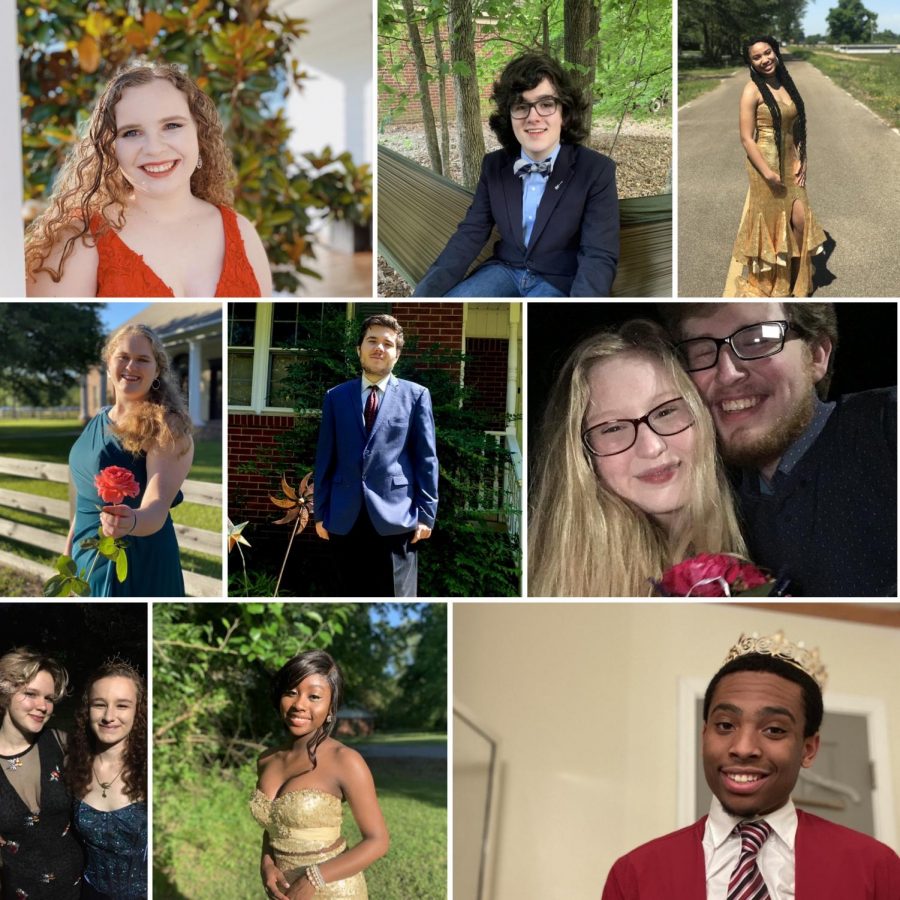 As an alternative to an actual prom dance, the junior class officers hosted a virtual quarantine prom and encouraged students to dress up and take pictures.

Due to the inability to hold a regular prom this year, the junior class officers decided to host a virtual prom. On May 2, MSMS juniors and seniors alike donned their best drip in an effort to salvage the prom spirit. Participants were encouraged to use the hashtag #MSMSQuaratnineProm so that one can see all of the posts located in one place.

The “event” had around 20 participants, and even Residence Hall Directors Hansel Jackson and LaToya Bledsoe participated.

“Nothing can replace an actual prom,” Meeks said. “However, I think that ‘MSMS Quarantine Prom’ gave everyone the opportunity to make new memories and form lemonade from some lemons.”

Several court members were surprised with their victory, including MSMS’s very own Prom King, who remains humble as ever.

“Being that I was voted Prom Prince and Winter Formal King, I definitely thought people were tired of me, and I was honestly hoping someone else would have the opportunity to win,” Thomas said. “Nevertheless, I am still extremely thankful to everyone for choosing me.”

Lockett also expressed the unexpected nature of her victory while also grieving over one of the many events the class of 2020 did not get to experience.

“It was honestly a shocker,” Lockett said. “Still, I feel sad for the seniors more than anything.”

Although the court members all said that they enjoyed virtual prom, some still felt the downsides of virtual events.

“Virtual prom was a little lonely because it was just me and my family,” Burch said.

“Prom last year was probably my best memory from MSMS, so I was a bit disappointed and underwhelmed from virtual prom, as well as other virtual events that took the place of the actual ones,” Thomas said.

These feelings reflect many seniors’ feelings due to the students not being able to return to campus. Quarantine prom participant Niyah Troup was reminded of the many things seniors are missing.

“[Senior Prom] is kind of like you’re celebrating the end of the school year,” Troup said. “One last hurrah. I’m really bummed the class of 2020 won’t have their last hurrah.”

Still, students got to see Mr. Jackson wear something besides a Packers jersey, so it was still a big win for all Frazer residents at least.