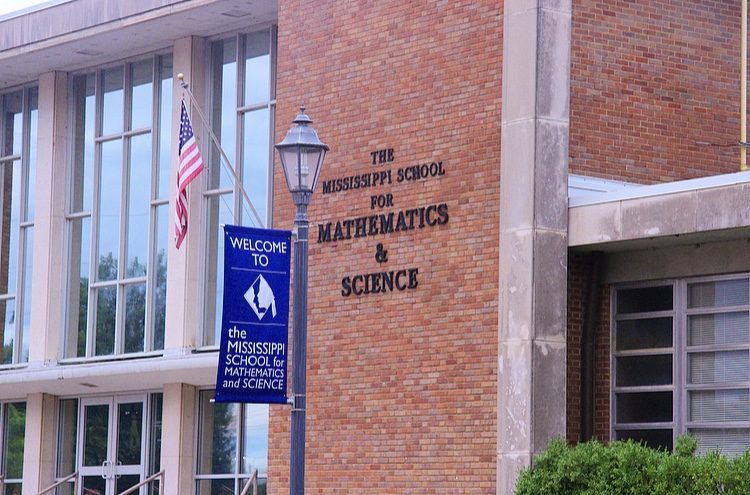 Students should expect to return to campus on Sunday, April 19.

UPDATE (3/19): All Mississippi public schools, including MSMS, will be closed until April 17 per an executive order from Miss. Governor Tate Reeves. The order, announced first via Facebook Live address, also gives the state Board of Education authority to cancel State testing for the 2019-20 school year.

MSMS will continue its plan to implement distance learning, and several teachers have already started testing their preferred methods of communication with students. However, students are now expected to return to campus on Sunday, April 19, as a opposed to March 29.

UPDATE (3/14): MSMS will extend Spring break for one week (the week of 3/15-3/21). Then, classes will resume via distance learning for one week (3/23-3/27), before students return to campus on Sunday, March 29, and resume in-person classes the next day. These changes were announced in an email from Dr. McConnell Saturday afternoon.

This update comes after a number of school districts across the state announced a similar extension of spring break. It is not clear at this time how these events will impact the scheduling of the end of the school year and graduation.

ORIGINAL STORY (3/12): MSMS will switch to online classes for one week before resuming in-person classes on Monday, March 23, per an email sent by Executive Director Dr. Germain McConnell at 2:15 Thursday afternoon. The decision relates to the decision of Mississippi’s public universities, including the Mississippi University for Women, to halt classes for the week following spring break in preparation for an indefinite switch to online courses due to the spread of COVID-19 as well as the current recommendation from the Mississippi Department of Health not to close schools despite the arrival of the disease to the state.

The email sent by McConnell to current students and parents contained a number of updates on the school’s upcoming actions. On Monday, teachers will notify students about how instruction and assignments will be run; students are expected to make their best efforts to secure internet access, although those with difficulties are encouraged to communicate with teachers and administrators to address any problems.

“Our faculty were already prepared to accommodate individual students as needed, so this quick transition was made possible,” read the email from McConnell. Previously, students and staff at risk for developing COVID-19 were advised to remain at home for an additional two weeks following Spring break. Now that all members of the school’s classroom community will be home an additional week, that recommendation now extends to a 7-day self-quarantine.

Additionally, a number of school activities are either being restructured or canceled. All school activities requiring travel outside of Mississippi are being canceled, and in-state competitions are under consideration for cancellation. Interview Day for potential MSMS students is being canceled, though the school with continue to communicate with applicants and will hold a parent information session via video conference. Finally, the last update in the email regarded the cancellation of the 30th Annual Tales From the Crypt performances.

“I cried,” said Marlie Sturgis, a junior who has been practicing as an individual performer for Tales. “We just picked out our outfits last week, so knowing that that’s waiting for me to turn in when we get back isn’t comforting. I understand that it’s for the best, but it still really hurts that after all of our hard work there won’t be a performance to put on.”

In a separate email to the Tales From the Crypt classes, teacher and director of the program Charles Yarborough mentioned that he is hopeful that a public performance may be possible in the future.

Students who left important items in the dorm over spring break that they may need in the coming week are being allowed to request a return to campus some time in the next four days to retrieve those items. However, another email from Director of Academic Affairs Kelly Brown assured students that teachers will do their best to make all necessary class materials available online.

The school administration’s message regarding their guiding principles in making these decisions have not changed, according to Director of Student Affairs LeAnn Alexander.

“The main consideration was keeping the virus from spreading among students and employees,” she said. “Maintaining a safe environment is our top priority.”

Until further notice, students are scheduled to return to MSMS on Sunday, March 22.