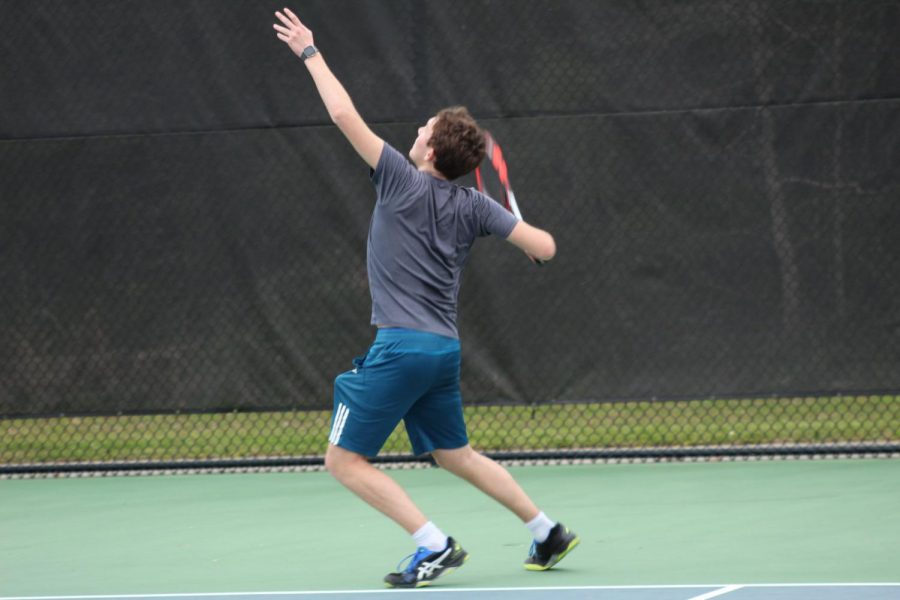 The MSMS tennis team kicks off their season with a match against Wayne County.

Junior Luke Bowles, a former member of Wayne County’s tennis team, enjoyed the homecoming and is encouraged for future performances.

“I was really impressed by the team,” Bowles said. “We played very well for it to only be our first match. Getting to beat my old doubles partner was the best part.”

In the ladies’ slate, Emily Berry won the singles match, while both the first doubles pairs of Kate McElhiney and Weslyn McMurrin, as well as the second pair of Raven Day and Niyah Troup, fell to the War Eagles. Mixed doubles saw better results, as Henry Sanders and Taylor Willis won 6-2, 6-0.

In every MSMS sport, many players join who have never played the sport. Senior Niyah Troup was playing her first competitive match against Wayne County. Though she and her partner lost 6-3, 6-3, Troup enjoyed the overall experience.

“Being my first real tennis match, it was quite the experience for me. I was lucky to have a very supportive doubles partner who sort of taught me the ropes as we went,” Troup said. “The team as a whole did really well, I think. I have a long way to go, but with this strong of a team and a great coach behind us, I’m certain that we can all improve immensely.”

Head Coach Jon Beadlescomb expects improvement as the year goes on, but is pleased with what he sees.

“I was very proud of how we performed in our match,” Beadlescomb said, “but our girls need a little more experience playing matches.”

A few students made the journey to support the Blue Waves. One supporter, junior Samuel Hill, expressed plenty of excitement for the matches.

“The sets we played were not close but the entirety of the Boys’ Doubles 1 was extremely entertaining to watch,” Hill said. “Luke Bowles had a significant connection to the match, and with a final score of 5-2, it was a great way to start the season. Overall, our team did really well,” Hill concluded.