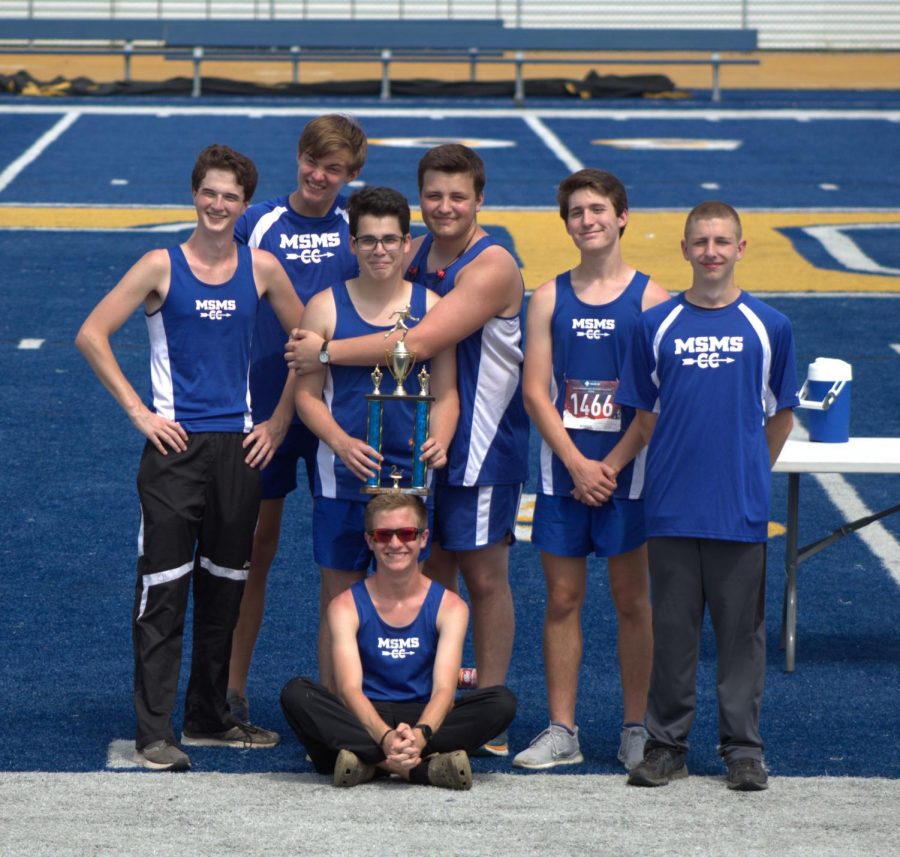 The sports program at MSMS has been changed forever with the new Blue Waves track team. Sports might not be the first subject that comes to mind when thinking of a school for mathematics and science, but it is a major aspect of high school that is often overlooked.

The success of the MSMS cross country team brought an idea for the creation of a Blue Waves track team. The only track team MSMS has ever had was only finalized a couple weeks ago. Track season is already in full swing, however, as many teams have been practicing since December.

“I think what we have right now surpasses my expectations of what the track team could have been,” Co-Captain Bryce Harrison said. “It’s not as bad as many people might make it out to be. We are doing pretty well from my point of view.”

Despite the late start, hopes are high for the co-captains of the track team. Both Bryce Harrison and Luke Bowles pushed for the implementation of a track team as well as members of the MSMS cross-country team and head coach Brian Burnes.

“We want to give MSMS students the opportunity to explore and learn about the events in track and field, which include sprints, long distance runs, jumps, and throwing events,” Burnes said. “Overall, we want to provide an organized and safe athletic activity for MSMS students.”

Considering the success of the cross-country team, expectations for the track team are high.

“Hopefully we will exceed how well we did in cross-country,” Bowles said. “Obviously our goal for a track team is to win state, but you just never know where it will take you. I definitely know that if we absolutely work our hardest we can achieve anything.”

“The biggest limitation we have right now is we don’t have a track,” Harrison said. “The sprinters especially, some of them don’t even know how to use blocks, which is a big problem.”

Lack of funding definitely is an issue for the track team, but runners also have to keep their running life and school life balanced. Senior Reggie Zheng hopes to leave the future generations of track students with something positive.

“Commitment is definitely a problem that I deal with from time to time,” Zheng said. “Because MSMS is such a stressful environment we have so many other factors to deal with. I just want people to have the same athletic spirit in the future and still want to pursue athletics in general. I feel like it’s important to have people who are well rounded–to be academically gifted as well as athletically gifted.”

The track team will be heading into their first meet next Tuesday, Feb. 25 at Starkville.