Editorial: The dress code is not the issue, the Bible Belt is 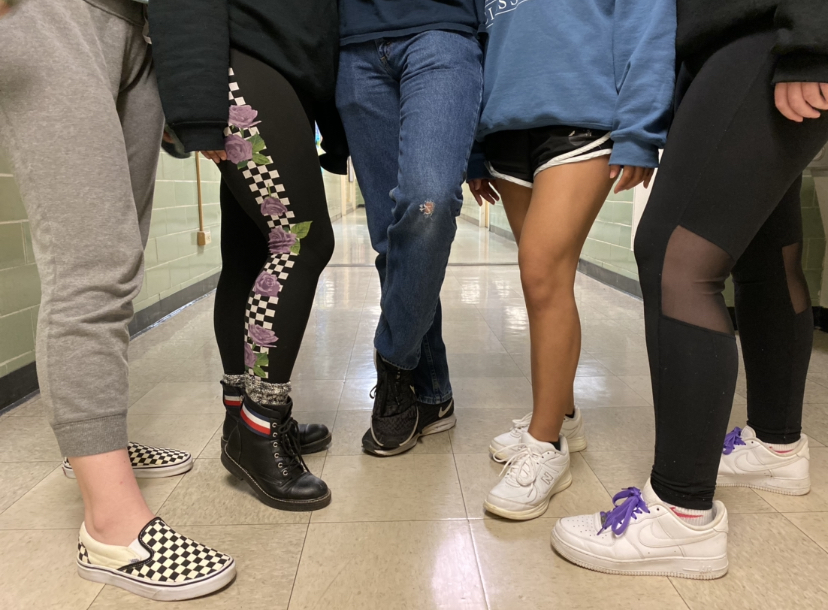 Students violate the current MSMS dress code rules inside of the academic building.

Disclaimer: The Vision is edited and produced by students attending the Mississippi School for Mathematics and Science. The views expressed are solely those of the student editorial staff and do not necessarily reflect the opinions of MSMS or its administrators, faculty, newspaper adviser or other staff.

In an effort to create a more accepting environment, the MSMS Student Government Association has chosen to tackle the timeless debate on public school dress codes. In the South, students do not follow a written dress code. Even in the absence of rulers, their skirts are measured in years of tradition.

As the MSMS handbook stands now there is a clear separation in dress code policy by gender. For the everyday policy there are six rules that can be interpreted as specifically applying to women and two that apply only to men.

In particular, the handbook states, “Undergarments must be worn and should not be visible; girls must wear bras; girls should wear slips under skirts/dresses made of thin fabric; boys may not go shirtless.” 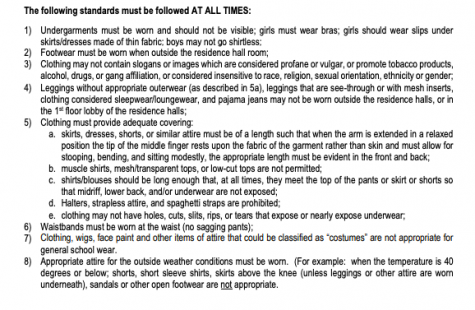 MSMS HandbookThe current section of the dress code that applies for everyday wear.

The new SGA bill seeks to make those rules more gender neutral by removing these clauses that call out rules by gender. In addition to that, they want to remove the guidelines about wearing leggings, another traditionally female piece of clothing with extra regulation on it and change the required length of clothing to cover the bottom of the glutes instead of to the fingertips, which is a step in the right direction.

Leggings are an example of the way the standards of dress code that have existed since the early 1900’s are still continued with today’s trends. The archaic tradition of the fingertip rule, where skirts must reach the tip of a girl’s fingers, has been adopted by the administration as a way to keep women’s glutes covered by oversized shirts.

“I think that whether it’s done on purpose or not, the dress code is very biased against girls who choose to wear leggings because I could wear a skirt that exposes almost all of my legs, but if I wear leggings with a shirt that isn’t fingertip length I could get a level one, which I don’t think is fair,” said junior Kate McElhinney.

Conventional wisdom suggests that the rules against leggings are a way to keep students dressed nice, but the rules ignore that many girls’ skinny jeans are just as revealing as their leggings. The real reason for the restriction is that leggings are an article of clothing that has been sexualized just because it is traditionally female. 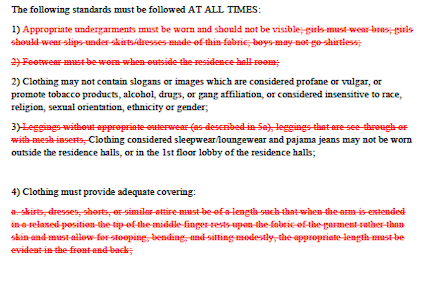 Aiden Leise Proposed changes to the section of the MSMS dress code that applies to everyday wear.

The handbook also makes many rules in the dress code under the pretense that they want the students to be dressed more professionally, banning rips in jeans and mesh in leggings. This effort is in the back of officials’ minds as they write up students more often for wearing more casual clothing. However, this thinking is causing them to be inadvertently sexist.

“From Frazier’s side of things, the dress code doesn’t really affect us. The only thing that matters for us is that we are able to wear gym shorts, which we aren’t able to do right now,” said junior Jack Standard.

Women are inadvertently encouraged to wear skirts and dresses as they are twice as likely to be written up for their leggings or shorts even if their skirts may be shorter. Changing the dress code does not change the administration viewing only classically ‘dressy’ female clothing as the better option. This is the mindset of the South. 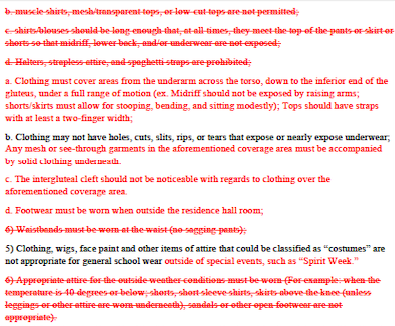 Aiden LeiseProposed changes to the section of the MSMS dress code that applies to everyday wear.

While the bill seeks to improve the dress code, the truth is that the issue is not the dress code. What really matters is the traditions and expectations of women in the Bible Belt. The faculty and staff may advocate for more equality, but in reality they are going to look and judge girl’s outfits more often.

The main focus of the bill, which is changing the undergarment rule to be non-gender specific, will change nothing in the end. Eyes in Mississippi will always immediately be drawn to the shoulders and thighs of girls. The best thing we can do is simply destroy the stigma that it is the woman’s fault.