Tran: The College Board – a ‘non-profit organization’ worth $1 billion 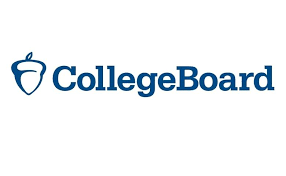 The College Board doesn’t care about students as they claim they do.

AP tests, SATs and the PSAT. As high school students, we know exactly what these three acronyms stand for and hearing them evokes feelings of stress and unease. These three tests are owned and administered by the College Board, which has a yearly revenue of close to $1 billion.

They claim to be a “mission-driven not-for-profit organization that connects students to college success and opportunity.” Since the College Board has this much money and an incredible amount of power over students’ college admissions, they should do everything within their power to use their influence for good, not greed, but, let’s be honest, is that really the case?

One would think that the College Board would strive to make the test as fair as possible for everyone taking it. However, they’ve already shown they don’t care about how secure their tests are. The international October 2017 SAT was reused and given as the August SAT of 2018. And of course, the answers to the test were leaked online.

Reusing tests is unacceptable; it makes the students who looked at or took the October 2017 test have an unfair advantage over those who didn’t.

Despite the cheating, the College Board didn’t cancel the scores for everyone who took the test. They said they would only cancel scores for the people who were found cheating. This is not the correct solution to take since they can’t track down every single person who cheated; someone’s bound to get away with cheating on the test.

It’s aggravating how the SAT contributes significantly to college admissions, and the College Board doesn’t care about people cheating and getting an unfair advantage. The people who got an unfair score increase may have gotten a better chance of getting accepted into a prestigious college or getting a scholarship, even though they didn’t deserve it.

The SAT likely reused questions in the first place because it costs money to make new questions and refused to cancel the scores because it would have cost more money to give refunds to students and/or give them new tests.

The future of these students’ higher education depends on the College Board, and their future is more important than the College Board losing a very small portion of their $1 billion revenue. The right thing to do was to cancel the test scores and give the students refunds.

Despite the College Board making about $1 billion per year, they still find ways to get more money by contributing even more to students’ stresses. Recently, the College Board changed the date of the AP Exam order deadline from late March to Nov. 15. This change caused inconveniences for many students because they have had to quickly decide if they want to spend $94 on the exam and devote their time to study for it.

It’s time that College Board starts acting like the nonprofit organization they claim to be. They need to put their focus on students rather than money, and their excessive revenue could be used to lower the cost of their expensive tests. College Board is just manipulating students at this point. They know that students can’t do anything about this since these tests play a huge role in their college applications.

The College Board doesn’t care about students as they claim they do; they only care about increasing their $1 billion revenue by taking advantage of students.