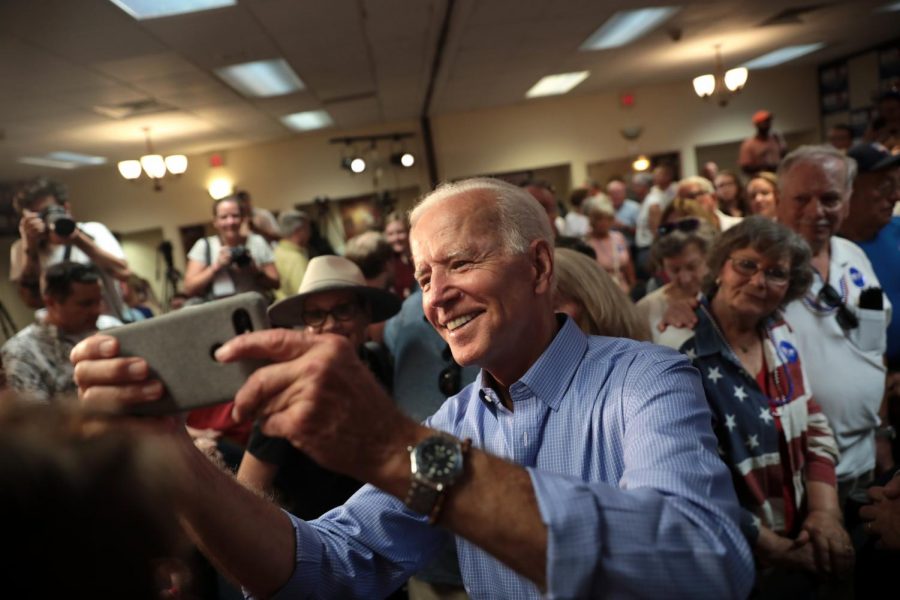 Democratic presidential candidate Joe Biden meets with his supporters at a campaign rally.

Remember Hillary Clinton and her emails? Well, get ready for round two.

I swear, I spent days trying to understand what happened, berating myself for being unable to find a substantial story. What I present to you now is the result of countless hours of research on corruption of various flavors as I quickly lost what little sanity I previously believed to have in my possession.

There’s this wonderful thing that happens as the presidential elections get near.  Suddenly, everyone’s scandals come to light. What’s more, since we’ve been graced with President Trump’s role as the Conqueror of All Civility in Politics, there isn’t a grain of truth required to pull this absolute nonsense out of thin air. And that’s really all this is. There is no story, no scandal, no reason to get worked up against the Bidens. Our president regularly spreads lies and benefits from the general population’s confusion. Honestly, I’d like to applaud the man for managing to get the entire country so completely engrossed in either validating or disproving this senseless accusation. Trump says Biden and his son are corrupt. Let’s take a look at that.

Hunter Biden, son of Joe Biden, was hired in 2014 to be on the advisory board of Burisma Holdings, one of Ukraine’s largest natural gas companies. This was just after Russia annexed Crimea, so tensions were high between the U.S., Ukraine and Russia. Joe Biden, vice president at the time, was working on behalf of the Obama administration to push Ukraine to crack down on corruption in the country. This raised suspicions about the timing of Hunter’s new job and his relation to the vice president, but no evidence was found to suggest that he was influencing U.S. foreign policy. No corruption here.

Joe Biden was accused of trying to persuade Ukrainian government officials to fire Viktor Shokin, the top Ukranian prosecutor, for investigating Burisma. People began to grow suspicious, suspecting that Joe was trying to protect Hunter from being caught doing something wrong. The problem with this is that Viktor Shokin was not investigating Biden…or anything at all. Shokin was supposed to be looking into the corruption surrounding Mykola Zlochevsky, the owner of Burisma. There’s certainly no shortage of money laundering and other illegal activities involving Zlochevsky which, as we know, are completely unheard of in the higher up positions of the international gas businesses. So Shokin was, in fact, fired for not investigating the situation. In 2018, Biden even boasted of his role in Shokin’s removal, truly a sign of a guilty conscience. The Bidens are still in the clear.

So that’s it. It’s a scandal so deep and so powerful that it doesn’t even exist. And this is only the first of many more to come as the 2020 presidential election grows nearer. Trump sees that Biden has more promising voter projections and wants to shoot that down as soon as possible, and what better way to do that than to taint Biden’s name with scandal. And why shouldn’t he?  After all, it worked when he did the same thing to Hillary Clinton before the 2016 presidential election. She lost hoards of potential votes when the most frequent association with her name was the Clinton Email Scandal, though after an extensive investigation, she was found guilty of no crimes. Clinton was given the nickname “Crooked Hillary,” and that was the end of that.

Moral of the story: do something better with your day than playing into the farce that is the American political system.