Bowles: The US needs to decriminalize all drugs 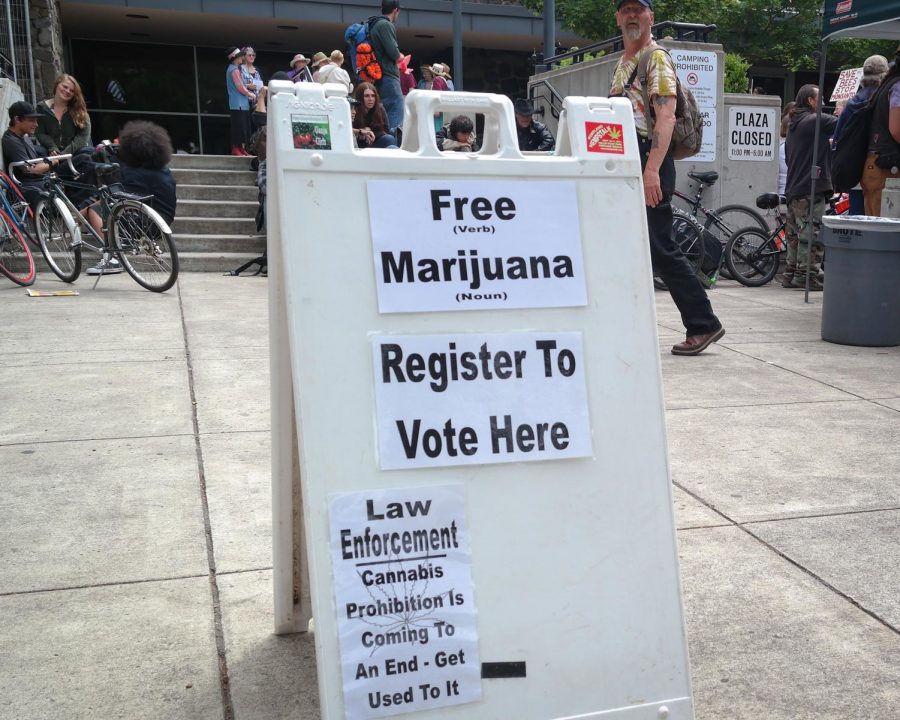 Addiction is a disease, not a prison cell, and people need help to treat it.

Imagine working a full-time job while barely scraping by, and life becomes so stressful that you turn to drugs just to get some temporary release. One day, you’re pulled over for speeding, and the police officer discovers those drugs in your car. You are then arrested, convicted for drug possession, and after two years of imprisonment, you are finally released. You now have a criminal record, lack any addiction coping skills, and have an even more stressful life than before you were arrested. What do you do? The answer is all too common: turn back to drugs.

Banning drugs and drug possession simply has not fixed the drug problem in the United States. Last year, U.S. law enforcement arrested over 1.5 million people for drug-related crime, and over 80 percent of those were for simple possession. The government wasted over $25 billion dollars last year on the war on drugs while over 100,000 rape kits went unopened, often because of funding issues. This war on drugs caused a mass incarceration, causing America to amass almost one-fourth of the world’s prison population despite having less than five percent of the world population.

As well as causing mass incarceration, it has also been enforced in a racist way. An important point to note is that black people are only 13 percent of the population and consume drugs at similar rates as white people. However, nearly 80 percent of people in federal prison and almost 60 percent of people in state prison for drug offenses are black or Latino. Police routinely patrol poor minority communities while ignoring upscale white communities where drug use is just as prevalent. According to the U.S. Sentencing Commission, black people also receive federal prison sentences 19 percent longer than whites who committed the same crime, and many of these are for simple drug possession. This has led to strained police-community relations and has specifically fueled the mistrust of police from many minority groups. If you truly want people–and minority groups more specifically–to trust in the police again, decriminalizing drugs would be a great place to start.

The criminalization of drugs has also caused many unnecessary deportations. Even legal residents with jobs and families who have lived in the U.S. for decades can be automatically deported with no possibility of return just for simple drug possession. From 2007-2012, over 100,000 people experienced that reality.

Those are all awful things the war on drugs has caused. However, the best reason to decriminalize drugs is simple: it works. In 2001, Portugal decriminalized low-level possession of all drugs. Nobody is arrested for low-level possession; instead, they are offered treatment and do not receive a criminal record. Addiction and overdoses have seen significant declines, and even the rate of HIV/AIDS dropped due to fewer addicts and cases of needle-sharing.

There are additional historical precedents. Alcohol is the direct cause of more deaths than all other illicit substances combined, but it is still legal in all 50 states. You might be wondering why. In the early 1900s, the U.S. government banned alcoholic beverages during a period known as Prohibition. Their reasons were the same used to justify criminalizing drug use now: it would supposedly protect families, reduce crime, etc. Turns out, it did the exact opposite, and there is data to support that conclusion. Anyone who looks into the effects of prohibition can see that it was an abject failure, just like the war on drugs. Can we not learn from history?

Some people still might claim that decriminalization is a step too far. Despite their opinions, decriminalization isn’t a radical idea. Groups that have endorsed the position include the Red Cross, National Association for the Advancement of Colored People and the American Public Health Organization, showing that it is a more popular position than people might realize.

Decriminalization should also be supported by both major parties. If you think that “my body, my choice” is a valid statement, then people should be able to put whatever substance they choose in their bodies, whether you disagree with it or not, because it is their body and their choice. If you support small government and want traditional family units, you would want the government to stop wasting money on the war on drugs and to stop tearing families apart.

In the end, decriminalization preserves the liberty, justice and freedom for all that America claims to have. If America really wants to be the land of the free, they would end the war on drugs now. Obviously, drugs are harmful, but criminalization causes people to avoid seeking help, wastes tax-payers’ money and destroys communities.

Addiction is a disease, not a prison cell, and people need help to treat it. Prison does not help drug addicts, but instead worsens their situation, meaning that the criminalization of drugs has the exact opposite effect as intended. It is clear to see decriminalization needs to happen now.