Rowland: Why we should all be feminists 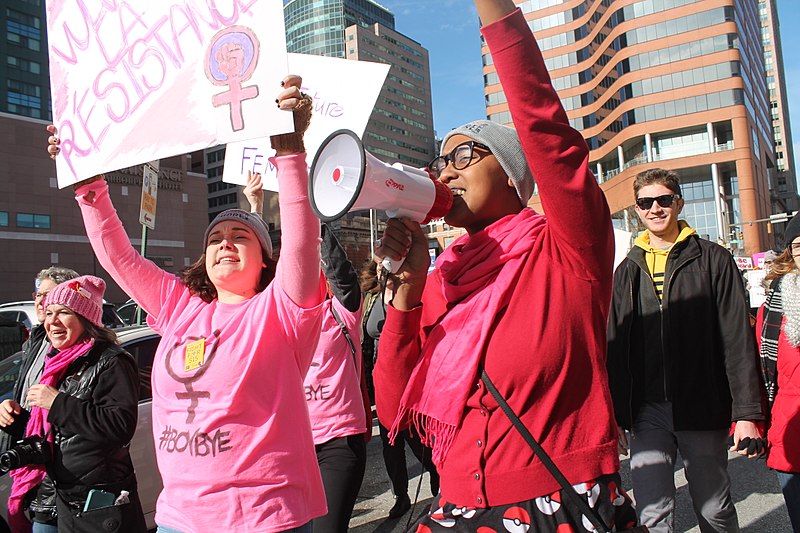 Feminism: behind the connotations, it is a constant reminder that women's rights are human rights.

Feminism. What a word.

For many people, the term renders a picture filled with burning bras and man-haters. Feminists are often antagonized for their beliefs because of the perpetuating idea that asking for equality means asking for anarchy. But intersectional feminism isn’t about hating men or burning bras (although let’s be honest, bras are kind of uncomfortable). Feminism is about ending domestic violence, gender stereotypes, objectification and sexual assault. Feminists care about bodily autonomy and economic freedom, not whether you decide to take your husband’s last name.

Some may argue that feminism is outdated or no longer needed in modern society. They claim that men and women are already equal. However, the World Economic Forum (WEF) begs to differ. Their study found that it will take another 170 years for gender equality to be reached. This study was based on “education, health, political empowerment and economic participation.” The report states that “an average gap of 31.7 percent remains to be closed worldwide across the four Index dimensions in order to achieve universal gender parity.” Clearly, feminism is relevant.

The truth is that feminism is needed. Desperately. In the US, one in five women and one in 71 men will be raped in their lifetime. Rape is the most under-reported crime in the US; 63 percent of sexual assaults will go unreported, and in college, 90 percent of sexual assaults will go unreported. According to a recent survey, a whopping 81 out of every 100 women have experienced some type of sexual harassment.

Catcalling, slut-shaming, and wage gaps are not okay. Taking away a woman’s choice regarding her own body and limiting female contraceptive accessibility is not okay. The feminist movement plays an integral and essential role in re-shaping the negative attitudes towards women and their rights that are prevalent in our society.

Some men and women may feel uneasy about feminism because they believe that it would make men feel belittled, when in fact the goal of third-wave feminism is not to step on men, but rather to lift them up. Men do not benefit from our patriarchal society either. In fact, gender bias can work directly against them as well; for example, men are less likely to receive custody in a divorce settlement, according to Pew Research Center. Their parenting skills are invalidated merely because of their gender.

The constant pressure to be “man-enough” is a detrimental and dangerous path that many men are forced to take. According to the Federal Bureau of Prisons, in 2017, 93.3 percent of federal inmates were men. Modern psychology does not support the idea that male brain chemistry contributes to significantly higher levels of crime or violence. Instead, higher levels of male violence and crime are often linked to our predominantly masculine culture. Gender roles should be traded for acceptance. Telling a boy that crying makes him weak, or that talking about his emotions makes him “less of a man” is in no way healthy. The idea that feminism is inclusive to women alone is erroneous; instead, the aim of feminism is to create a society of true equality, a society in which everyone would benefit.

I’m a 16-year-old female in Mississippi. I’ve been told that “I’m asking for it” by wearing a short skirt, that I act “too feminine to be taken seriously,” and that I can “never be as logical as a man.” I’ve been followed by thirty-year-old men and catcalled in supermarket parking lots. I feel uncomfortable walking alone at night, clutching pepper spray while on the phone with a friend or my mom. The reality of the world is that it is difficult to be a woman. But it doesn’t have to be. We, as a community, can work together to change our damaged culture.

So, go ahead, call yourself a feminist. Do whatever you can to create a future of equality. Sign petitions, support reproductive health care legislature, donate to #MeToo and report sexual harassment. Be cognizant of your actions and the actions of those around you. Let’s work together to foster an environment of love and acceptance. Or, as my sister would say, “stay chill and stay kind, nerds.”