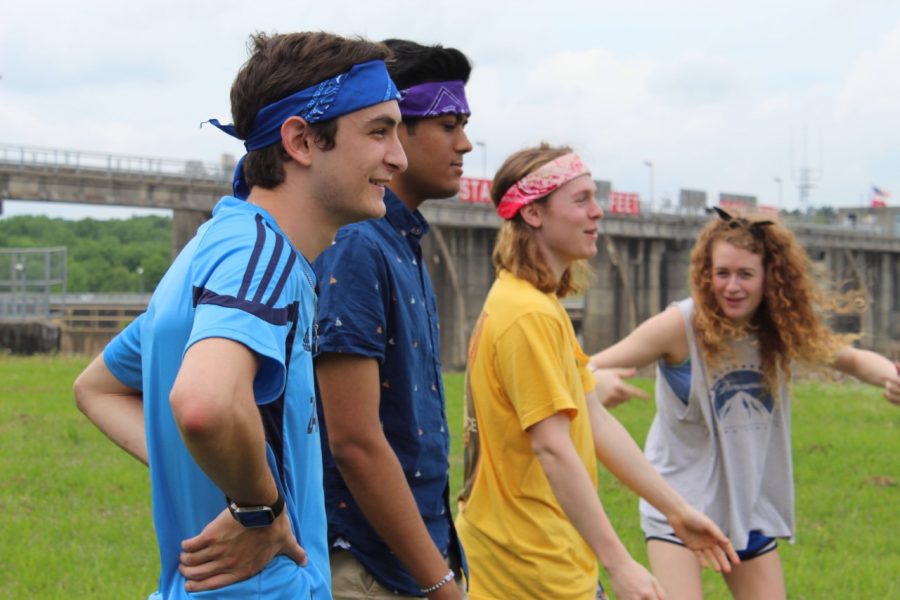 Seniors participate in a game of Hacky Sack during Senior Picnic.

Last Wednesday, while juniors were braving their U.S. History state test, the seniors of MSMS traveled to EMCC and the Lock and Dam for the annual Senior Send-Off and Picnic.

The Senior Send-Off was also riddled with controversy after the promise of food failed to come to fruition, leaving a large group of high school seniors from the Columbus hungry and tired.

Although there was no breakfast at the Send-Off, there were a plethora of guest speakers to inspire the seniors as they begin the next step in their education.

“The food was amazing,” said the cynical Adavith Sunil. “The speeches were very interesting, but I really just wanted to eat some food. And then there wasn’t any food. We had an email chain just talking about the lack of food. In hindsight, it was a bonding moment.”

Following the breakfast, seniors dawned their bandanas and traveled to the Lock and Dam for a day to connect with their fellow peers before graduation on May 22.

“The picnic was full of good vibes. It was a chill day with some of my closest friends, and I wouldn’t have traded that in for the world. It was the only place I got to eat,” continued Sunil.

“We were all hangry and it was high key miserable,” said senior Kelsey Hollingsworth. “Senior Picnic was fun until Jacob Lee almost broke my nose with a goal kick to the face.”

While the seniors were enjoying one of their last few days together as a class at Lock and Dam, juniors were testing their U.S. History knowledge. Similar to the Senior Breakfast debacle, the US History students were faced with their own issues when various MSMS Devices were updated, causing an issue with the software used for testing. Because of the difficulties, the test that was originally scheduled for 11 a.m. was pushed back to 1 p.m.

“The test itself was very easy,” said junior Jude Letonoff. “I feel like Mr. Yarborough and all the other history instructors did an amazing job preparing us for the test.”

Letonoff was one of the many juniors who had their test rescheduled after the technological difficulties. “I mean, it sucked, but they did their best to fix it. I know the other juniors had issues with theirs as well, but by the time the test came around, I knew that I was going to do good.”