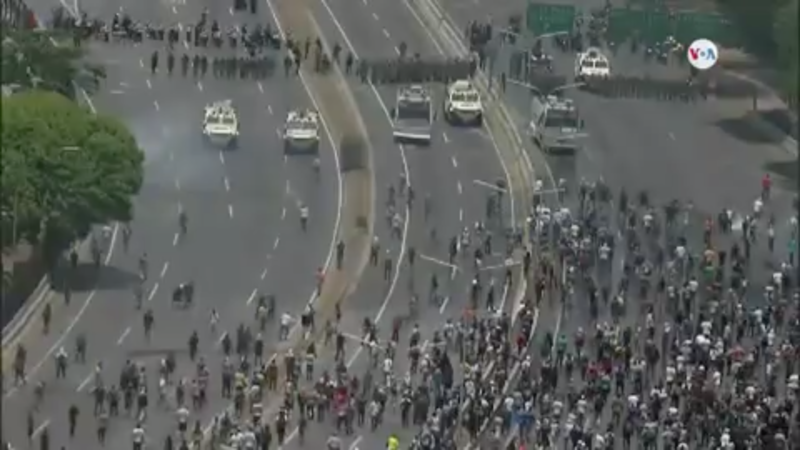 Juan Guaidó, leader of the Venezuelan opposition, appeared on Venezuelan territory on April 30, calling for his supporters to take up arms against the Venezuelan Government of President Nicolás Maduro.

This event led to the release of some members of the opposition that were under house arrest. These releases came as sporadic violence broke out in Caracas between pro-Maduro and pro-Guaidó supporters. Despite some initial defections in the military, the uprising and attempted coup d’état were put down, President Maduro maintaining power.

What most don’t realize about the situation in Venezuela is that, despite the rhetoric of the West, this support for the opposition and Guaidó is not about restoring democracy or law and order; this is about restoring U.S. influence over the country and putting the immense Venezuelan oil reserves in the hands of western corporations, particularly those of the United States. This was seen with Trump advisor John Bolton saying on Fox News, “It would make a difference if we could have American companies produce the oil in Venezuela.”

The argument for restoring democracy is further eroded by the fact that Guaidó, until he was declared Acting President by the largely powerless National Assembly, was completely unknown to the Venezuelan people. Guaidó is also a relatively wealthy Venezuelan who was educated in the United States with some seeing him as a Western agent. This furthers the desire for oil as the U.S. has placed Venezuelan Government assets in the hands of Guaidó directly.

In addition to the questionability of foreign motives, the manner in which this situation began was quite hilarious. It largely began when a Constituent Assembly was to be elected to write a new constitution, disempowering the opposition-led National Assembly. Instead of participating in the elections to the Constituent Assembly, the opposition boycotted it and Maduro’s coalition, the Great Patriotic Pole, won all the seats. In response, the opposition protested the result as undemocratic despite their ability to have run in the election. The opposition also complains that their leaders are imprisoned as political prisoners despite the fact a large portion of them have encouraged violence in the urban areas to combat PSUV and Maduro supporters, not even mentioning the racial polarization of politics with disproportionately poor minorities and workers supporting Maduro and upper-class whites supporting Guaidó. This entire situation is morally suspect and almost seems to be manufactured by foreign powers, similar to the events in Venezuela in 2002, backed by the CIA.

Overall, whether you wish to support the opposition or government in Venezuela, we almost must declare our support of Venezuelan sovereignty and reject all forms of foreign intervention in affairs that must be settled among the Venezuelan people.