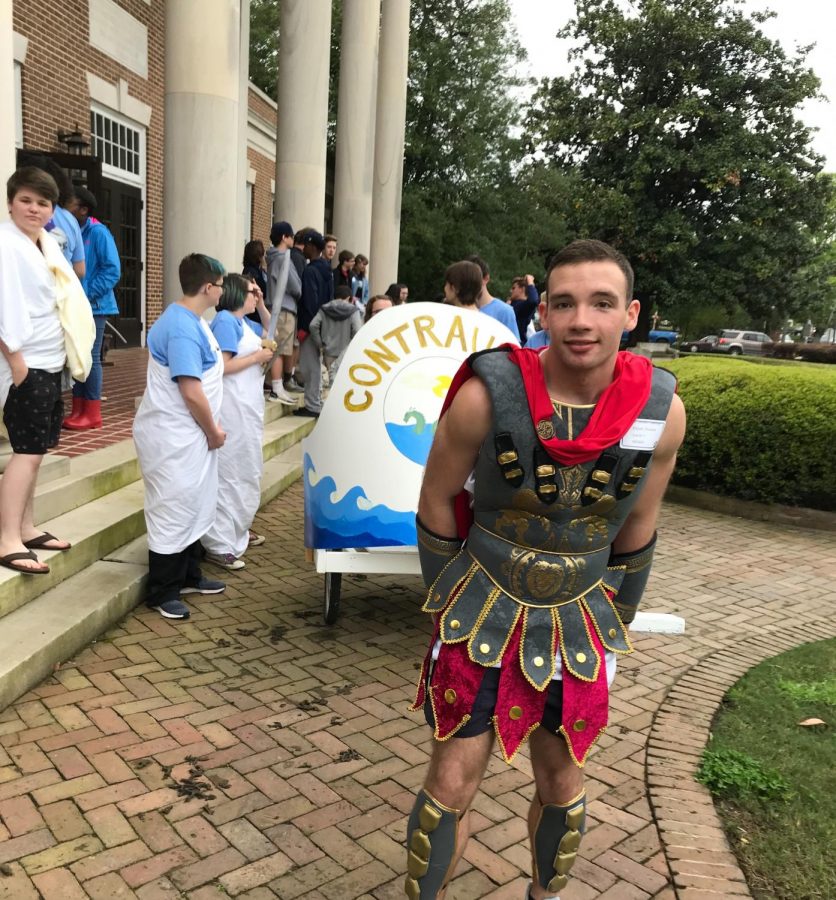 1st place in Grammar and Culture

1st place in Grammar and Derivatives

In addition, MSMS came in first in the chariot design contest and had the honor of leading the chariot parade.

Overall, MSMS senior Edith Marie Green described the event as a time to “do Latin, hang out with other people who do Latin and emphasize the importance of studying Classics.”

Among the many athletic events was also a quidditch competition, a sport introduced by author J.K. Rowling in the New York Times bestselling series “Harry Potter.” Unfortunately, the MSMS team was vanquished after the first round.

“Yeah, quidditch kind of fit under this year’s theme,” explained Green. “A lot of the spells in ‘Harry Potter’ have Latin roots. Not many people know this, but Rowling also has a classics degree.”

Before the awards were handed out, the assembly Latin high school students was given a talk by Molly Pasco-Pranger, Chair of the Classics Department at the University of Mississippi, which fell under the convention’s category of purpose of “emphasizing the importance of studying Classics.”

MSMS was one of the only public schools in attendance, which, according to Green, meant that she and her classmates “got to flex,” meaning that they demonstrated public school Latin students can showcase their obvious and thorough knowledge of Classics.

For MSMS junior Rachel Zheng, participating in Latin Convention was an interesting experience. “I really enjoyed taking what I knew and applying it in a competitive but supporting environment,” Zheng said.

While MSMS student might not have left Latin Convention with cries of “carpe diem” at the end of the day, the cultural event surely taught them something new.